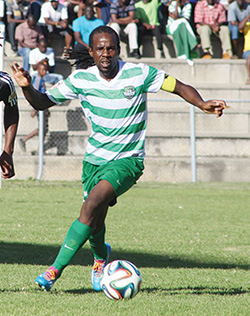 FC Platinum veteran football midfielder Thabani Kamusoko has finally managed to get his first international break after signing for Tanzanian champions Young Africans.
The former Dynamos and Njube Sundowns midfielder has reportedly penned a two-year deal with the option of another.
The club confirmed the deal on Thursday morning and is now awaiting his international clearance certificate from Zifa.
“He has signed and moved,” said FC Platinum in a short statement in response to inquiries by New Zimbabwe.
Kamusoko joins his former teammate Donald Ngoma, who moved to Yanga a month ago as Platinum continues to look beyond the usual South Africa market for their players.
They have shipped Ali Sadiki to DRC giants TP Mazembe, Wisdom Mutasa and Walter Musona to FK Seneca in Slovakia while their Zambian international striker Obrey Chirwa has joined Hobro in Sweden.
Kamusoko impressed Yanga’s Dutch coach Hans Pluijm when the two teams met in the Caf Confederation Cup second round early this year.
Yanga is most successful club in Tanzania and is run along professional and business lines, the same model Platinum is pursuing in Zimbabwe as evidenced by the formation of a holding entity, FC Platinum Holdings that they plan to list on the Zimbabwe Stock
Exchange in the future.
The veteran midfielder, Kamusoko, has been replaced at Platinum by Tsholotsho and Young Warriors star Gerald Takwara.
Takwara made his debut on Saturday as they defeated Dongo 2-0 in the first round of the Chibuku Super Cup.
He is expected in action again this Saturday when FC Platinum host Hwange in a Castle Premiership match at Mandava.
FIXTURES
Saturday: Harare City vs Dongo Sawmill (Rufaro), Chicken Inn vs Chapungu (Luveve), FC Platinum vs Hwange (Mandava), Tsholotsho vs Triangle (White City), Flame Lily vs Caps United (Larfarge)
Sunday: Dynamos vs ZPC (Rufaro), How Mine vs Highlanders (Barbourfields), Whawha vs Buffaloes (Ascot)