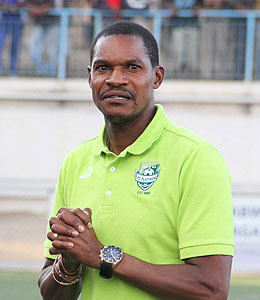 ZIMBABWE football champions FC Platinum are not done in their bid to build a strong squad ahead of their participation in the Caf Champions League next term.
The club has invited two more players – a centre-back from Zambia and a striker from Ghana who are expected in Zimbabwe on Tuesday.
FC Platinum spokesperson Chido Chizondo said on Sunday: “We are expecting two more foreign players from Zambia and Ghana.
“They should be coming by Monday (today) or Tuesday.  They will train with the team for a couple of days to enable the coach to assess them.”
FC Platinum coach Norman Mapeza is currently assessing two strikers from West Africa.
Ghanaian midfielder Ibrahim Dauda arrived in the country last week on Tuesday and is undergoing trials with the Zimbabwean champions alongside Cameroonian teenager Albert Eonde.
However, on the domestic scene, the club is targeting several players including Highlanders captain Rahman Kutsanzira, as well as the Ngezi Platinum duo of Liberty Chakoroma and Qadr Amini among others.
The Zvishavane based side were paired against Angolan football giants Deportivo Lero Agosto in a draw conducted at the Caf headquarters in Egypt last week.
Should FC Platinum overcome the Angolan champions, they will face the winner between South African side Bidvest Wits and Pamplemousse of Mauritius in the first round of the competition.
The Angolan champions are seasoned campaigners in African football, having made eight appearances in the prestigious tournament, reaching the quarter-finals of the lucrative tournament in 2009.
In contrast, FC Platinum failed to make an impact the few times that they participated in the African safari. They did not make it to the group stages of the Champions League in their maiden appearance in 2012 after falling to Al-Merreikh of Sudan.
In 2015, the Zimbabwean side played in the Caf Confederation Cup tournament, but their performance wasn’t any better. Mapeza’s men bowed out in the first round following a 5-1 aggregate defeat to Young Africans of Tanzania.
They are, however, looking to improve on that performance this time around and will want to emulate Caps United who reached the group stage of the lucrative tournament for the first time in history.
On their way to an historic mini league phase of the tournament, United dispatched five time African Champions TP Mazembe and Zamalek of Egypt.Advertisement