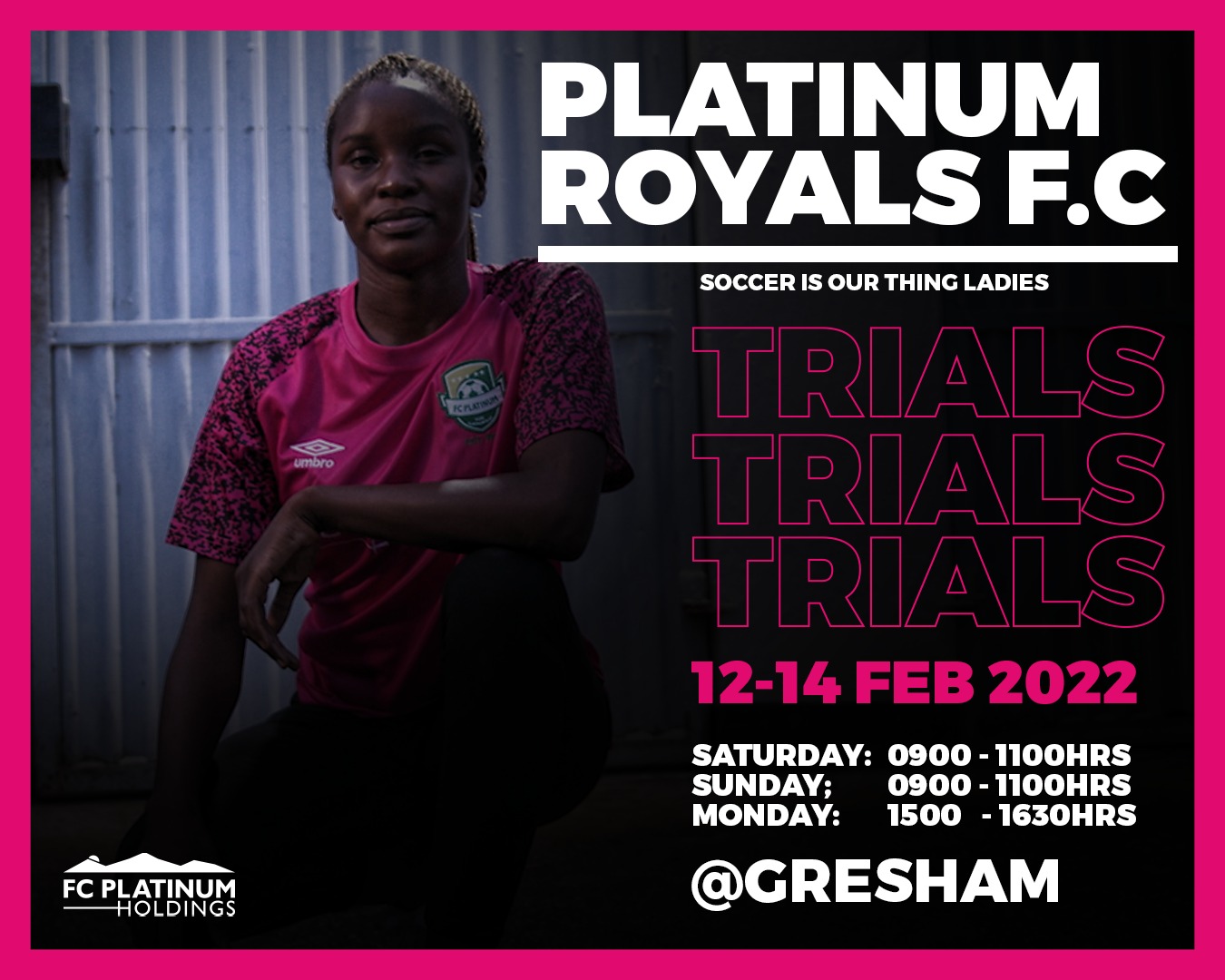 ZIMBABWE football champions FC Platinum are set to take the first step towards setting up a women’s team when they hold a three-day trial for aspiring female players.

The trials which kicked off on Saturday at Gresham in Zvishavane will run until Monday with the successful players set to be included in the club’s new women’s team named Platinum Royals FC.

FC Platinum’s move to establish a women’s team is in line with the new club licensing requirements by the Confederation of African Football (CAF) that every team participating in the CAF Champions League must have a women’s team.

FC Platinum will once again be representing Zimbabwe in this year’s Champions League whose preliminaries starts around August after ZIFA forwarded their name as the defending champions since there were no league champions in 2021 due to Covid-19.

In addition to FC Platinum, other established local clubs such as Highlanders, CAPS United and Dynamos are working on setting up women’s football clubs, which is now a requirement, to play in continental club football from this year.

Most local top-flight clubs do not have women teams.

CAF Club Licensing senior manager, Muhammad Sidat, announced that, from next year, clubs will only be licensed to play in the Champions League, if they have a women’s team.