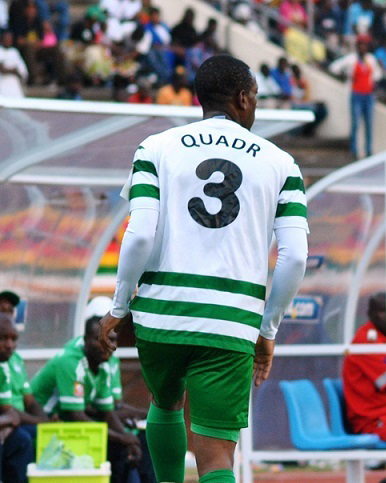 FC PLATINUM have chosen not to replace Qadr Amini in the Caf Confederations Cup squad as the 24-year-old is nearing a two-year deal at Dynamos.
The Zvishavane side registered 25 players for their African adventure, including Amini who dumped them earlier this week.
This has left coach Norman Mapeza with just 24 players for the Confederations Cup.
Caf closed the window to alter squads last Thursday, the day Amini began training with Dynamos after indicating that he was not signing a new contract with FC Platinum.
The left-back had signed a pre-contract with the Zvishavane side but snubbed a two-year deal offered to him and is expected to complete a move to Dynamos on Monday.
FC Platinum spokesperson Chido Chizondo said Mapeza will go to Africa with just 24 players.
“We have not handed Qadr Amini his clearance yet but the coach decided not to replace him. He is satisfied with the squad he has and we are not too worried because everything is in order. We will make do with players available,” Chizondo said.
The platinum miners will not be too worried about the former Young Warriors captain’s departure as Kelvin Moyo enjoyed more game time at the left-back position than Amini last season.
Meanwhile, defender Aaron Katebe is expected to join camp this weekend after arriving in Zvishavane from Zambia on Friday.
Katebe had been training with Zambia’s Afcon squad before being dropped from the travelling team to Equatorial Guinea.Advertisement