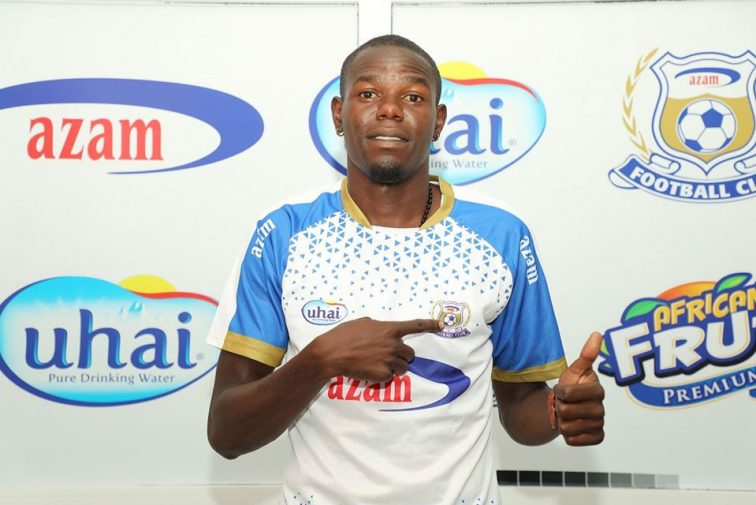 The 29 year-old, who has featured prominently in FC Platinum’s three consecutive domestic league titles, has been on the radar of several top clubs after failing to agree a new deal with the Zvishavane-based side when his contract expired on December 31.

Tigere was not part of FC Platinum team that played to a 1-1 draw against Al Ahly of Egypt in a CAF Champions League encounter at Barbourfields on Saturday with reports linking him with a move to Ngezi Platinum side.

The Soccer Star of the Year finalist finally ended the speculation surrounding his immediate future after completing a move to the Tanzanian topflight on Monday in a move that was brokered by local football agent George Deda.

Azam confirmed Tigere’s arrival in a statement on their official website.

“The Azam FC leadership is pleased to inform you that it has completed the registration of Zimbabwe’s international midfielder, Never Tigere, on a one-year contract.

“Tigere’s registration was done after a proposal by the technical team who followed him in several matches he played for FC Platinum in the Champions League this season.”

Tigere will link up with the Zimbabwean trio of former Highlanders utility player Bruce Kangwa and the ex-FC Platinum do of Donald Ngoma and Obrey Chirwa, who are also part of the Azam squad.

The hardworking midfielder could make his debt for Azam when they host Lipuli in a Tanzanian Premier League match at the Chamaza Stadium in Dar es Salaam.

Meanwhile, Tigere’s departure is a big blow for FC Platinum who have already lost six other players, who left the club at the start of the New Year.