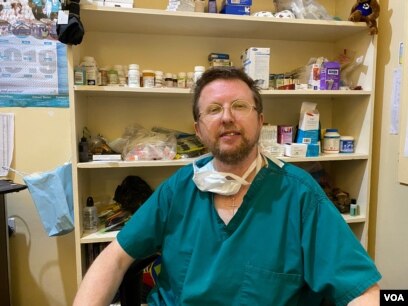 AFTER suffering three miscarriages and spending a fortune on genealogists, 31-year-old Harare based civil servant, Nyasha, had lost all hope of becoming a mother.

But that changed when she heard of a dedicated team of medical practitioners running Karanda Mission Hospital in Mt Darwin, some 200 kilometres North of Harare.

She was trying for a baby for the fourth time and, considering her age, time was fast running out.

As soon as she realised she was due for delivery, she made the journey to Karanda, where she was welcomed with warm smiles right from the gate all the way to the last point of reference, Dr Paul Thistle.

After the consultations, she was given a night’s bed rest and the following day she was induced into labour, with the hospital staff closely monitoring her for the next five hours until she delivered a bouncing baby boy.

Nyasha’s testimony is shared by so many other patients who visit this medical sanctuary after all hope is lost everywhere else.

But what exactly makes the hospital so different from other medical institutions in the country? Why do people have to bear the burdens of such a tortuous journey?

“We are also boggled as to why someone would travel from as far as Beitbridge, sometimes spending two days on the way and camping outside at night after spending all the money on bus fare,” Thistle, a Canadian by origin, said.

“They proceed to spend more hours on the queues for x-rays and medical tests, consulting the doctor and buying medication. We feel sorry as a hospital for the time these patients have to spend to get assistance. We also ask why they can’t access treatment from hospitals which are near their places of residence,” he said. 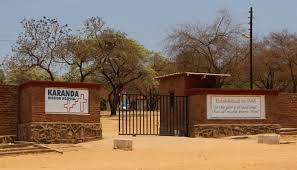 He said the hospital doesn’t have enough medicine as well as specialists to attract so many patients, but they try their best to save lives with the little there is.

“Sometimes because of the pressure at medical and nursing schools, leaders there may sometimes forget that there is a need to heal the spirit. The sickly are affected in both the spirit and the flesh. So our mission is to practise holistic medicine,” he said.

Thistle said their approach is rooted in holistic medicine which, appreciates the patients’ social background as opposed to just focusing on the health conditions, with chaplains also playing a part through prayer and healing.

He said the achievements made through the years to date are a clear result of God’s love, who is the source of courage, which keeps them going.

“We have patients travelling from as far as Malawi, Mozambique and Zambia, with the majority coming from Zimbabwe. This cannot be achieved out of the push of the flesh, it is God’s love, it is not about considering your payslip and other benefits when at work as a doctor. I see this and I try the best to support the hospital’s workers,” he said.

Asked on his dreams going forward, Thistle told NewZimbabwe.com that his prayer is to go beyond the walls of the hospital and assist people in areas like Muzarabani who cannot easily get medical attention due to a poor road infrastructure.

“I wish to work hand in hand with teachers on health education programs. We have worked together on programs such as bilharzia and malaria among others. I would love to expand such kinds of programs,” Thistle said.

“I want to help churches to teach people to pray and maintain good health standards. We have health workers who were trained long back soon after independence. I think we still need more of such officers.”

“I need to see a healthy community as I move from focusing on treating the sick and direct attention towards equipping the communities with adoption of preventive measures. Sometimes malaria can be caused by lack of mosquito nets,” added Thistle.

His is a story of the Biblical stone rejected by the builders, which later became the corner stone.

A few years ago, Thistle caused a stir when the Salvation Army, which first brought him to Zimbabwe to work at Howard Mission Hospital, tried to transfer him back to his country.

He refused, saying his calling was to serve Zimbabwe’s poor communities. But the church was adamant and in the end, he had to sever ties with them, and no sooner had he done so than Karanda Mission Hospital took him on board.