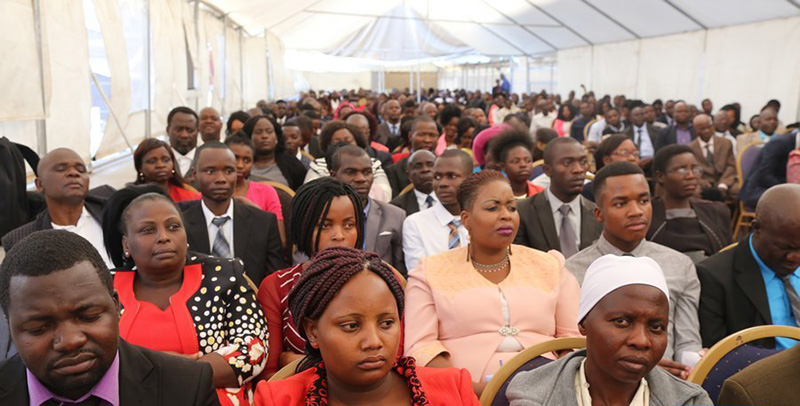 HARARE: Zimbabwe, which is targeting to become a middle-income economy by 2030, is seeking to boost educational cooperation with China in order to achieve its economic development goals.

In recent years, an increasing number of Zimbabwean students have been going to China to further their education at various universities in the Asian country.

While some are paying for their studies, a number of them are studying through scholarships granted by the Chinese government and firms.

The 50 students for 2018 are set to leave for China soon, after a farewell ceremony was held for them by the Zimbabwe government and the Chinese Embassy on Friday.

In a farewell message, Zimbabwean President Emmerson Mnangagwa urged the students to go and harness their education potential in China for the benefit of the nation. 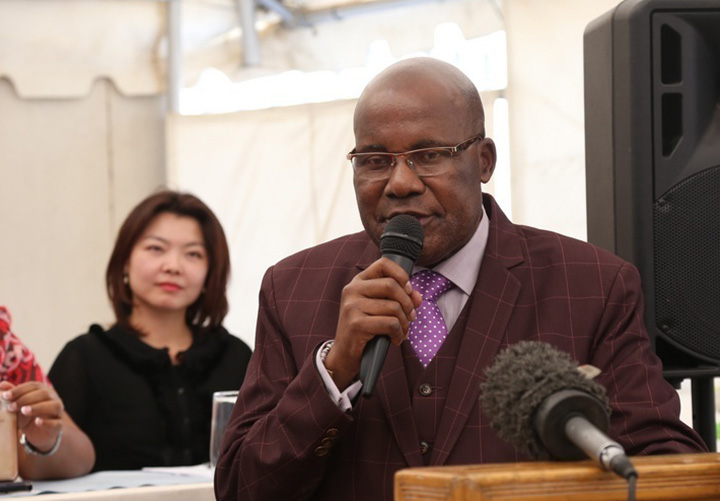 “Go and acquire knowledge and skills that we do need so much. Work hard, be disciplined and represent us well. We want you to come back home when you finish your studies and join us in the economic revolution which the new dispensation is unraveling,” the president said in a message read on his behalf by a government minister.

Minister for national and presidential scholarships Christopher Mushowe said the main thrust of the new government was on specialization, skills and manpower development to enable the country to attain its 2030 economic vision.

“In the new government we will make sure that research and development, innovation and technology development are given priority. We have yawning skills gaps in the critical areas of science, technology and engineering and we want to fill those gaps with a deliberate focus on those areas,” Mushowe said.

Director of political affairs at the Chinese embassy in Zimbabwe Guo Jing said the sending of yet again 50 students this year to study at various universities in China was one of the many good examples of the successful China-Zimbabwe educational cooperation.

“Our cooperation in educational exchange is a win-win job as this cooperation not only benefits the next generation of Zimbabwe and jump-starts the development of Zimbabwe, but also cultivates the young champions for China-Zimbabwe people-to-people and cultural exchanges,” Guo said.

She said Zimbabwe was at the dawn of a new chapter of development which requires a huge pool of critical skills to enable the country to push forward with its development agenda.

“The knowledge acquired in China will serve as guidance for your work in Zimbabwe and toward the target of making Zimbabwe a middle income country by 2030,” she said.

She also urged the students to be practitioners of Zimbabwe-China cooperation that delivers fruitful win-win outcomes for the two sides.

“Do your very best in your studies so that you serve your nation with the knowledge you have acquired,” she said.

Nineteen-year-old Shalom Muguwe who will study a degree program in computer science and information technology at Ocean University of China said he was grateful to China for the study opportunity.

“I am very happy to have been awarded this scholarship. I want to acquire knowledge in China that will help in building a better Zimbabwe and advance our country in terms of technology and development,” he said.

“I hope the Chinese government and other firms will increase the number of scholarships so that many bright but poor students benefit,” he added.

To Kudakwashe Meki, a 26-year-old university graduate who will pursue a Master’s Degree in Environmental Science, said the study opportunity will help boost his chances to secure employment and contribute to the development of Zimbabwe.

“I am happy that I will acquire practical education from China and I hope to come back and use those skills to develop my country,” said Meki.

The study opportunity came in handy for 19-year-old Heidrun Mvere whose dream of acquiring university education had been shattered following the death of her father and breadwinner last year.

“Thanks to this scholarship I am now able to fulfill my dream of getting university education. On her own, my mother would not have managed to send me to university,” she said.

Twenty five-year-old Margeret Muskwe said she hoped not only to secure employment but to set up her company after completing her Master’s Degree in Genetics in China.

“I believe I should also do my own thing after university rather than simply look for a job. So I hope to improve the agriculture sector in Zimbabwe through animal and plant breeding,” she said.

The exponential growth of Chinese universities as world class institutions has resulted in the Asian country emerging as a popular overseas study destination among many Zimbabwean students.

“Technology in China is far much advanced, and students prefer to go where technology is more dynamic. Engineering programs are the ones that attract most students,” said Pamhidzai Matambanadzo from Obepa Center.

In a keynote speech delivered at the opening ceremony of the 2018 Beijing Summit of the Forum on China-Africa Cooperation held on Sept. 3-4, Chinese President Xi Jinping said China will train 1,000 high-caliber Africans, provide Africa with 50,000 government scholarships, sponsor seminar and workshop opportunities for 50,000 Africans, and invite 2,000 African youths to visit China for exchanges over the next three years and beyond.

This is part of the eight major initiatives announced by Xi which China and African countries will implement in the next three years and beyond. The initiatives also cover fields such as industrial promotion, infrastructure connectivity, trade facilitation, and green development.