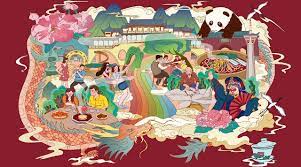 BULAWAYO: One small piece at a time, Chamunorwa Shuramatongo is in his own way fighting a noncombat battle against animal poaching with his exquisite artwork of wood-carved animal figures.

“What I am saying is let’s conserve our wildlife so that when tourists come and see them, they will leave foreign currency for the government and support us by buying so that we can eke out a living,” Shuramatongo told Xinhua at his workshop.

To him, art is not just a passion, or a way to earn a living – he believes that it can be employed as a medium to spread awareness about burning issues in society.

He said each of his carvings, which are made from ironwood, speak of endangered species in the country’s vast wilderness.

Zimbabwe, a top safari destination, is home to some of Africa’s most iconic animals, but rampant poaching is threatening their survival.

Shuramatongo and many other artists from Bulawayo depend on tourist revenues, and the destruction of wildlife and the environment has a direct impact on their livelihoods.

To play their own small part, they are using art to raise awareness about the scourge of illegal animal trade. Their art pieces made of ironwood, in different sizes, cover all animals, ranging from the big five animals including elephant, lion, rhino, buffalo and leopard to other species including giraffes and warthogs.

Ironwood, which is abundant in the Matabeleland region, whose capital is Bulawayo, is exceptionally hard and dense, which makes it ideal for sculpting.

The sculptors, who mostly depend on foreign tourists, say they are bearing the brunt of the COVID-19 pandemic since the number of tourists visiting Zimbabwe for safari purposes has fallen drastically over the past two years.

“Lack of tourists is affecting our work because there is a third person who is not an artist who is now actively buying products. I no longer have access to tourists, they are now dealing with the third person and we remain behind the scenes,” Shuramatongo said.

Bulawayo is rich in cultural history and is one of the oldest and historically important cities in Zimbabwe.

In contrast to artists from the capital Harare who predominantly use stones to make expressive sculptures, artists in Bulawayo mostly use ironwood which is found in abundance in surrounding areas.

This year, curio sellers in Bulawayo are banking on the Zimbabwe International Trade Fair (ZITF) to market their products.

The ZITF, which ended on April 30, is the leading international exhibition in Zimbabwe, and thousands of exhibitors showcase their products and services every year.

Nigel Mhlanga, a curio seller said he expects to make more sales this year due to increased traffic to the city as a result of the trade fair.

“As people who are in the arts industry, we want to grab this opportunity with both hands so that people visiting the trade fair will support us,” he said.