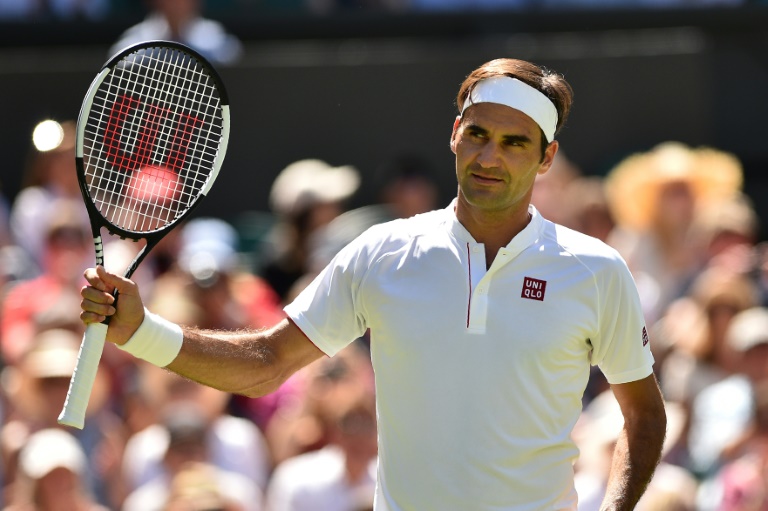 Federer, the defending champion and seeking a 21st major, marked the start of his 20th successive Wimbledon with a new look and a comfortable 6-1, 6-3, 6-4 win over Serbia’s Dusan Lajovic.

It was the American’s first match at the All England Club since lifting the 2016 title.

She missed the 2017 edition as she prepared for the birth of her first child.

Top seed Federer marched out on Centre Court dressed for the first time in gear designed by Japanese giant Uniqlo in a deal reported to be worth $300 million after a two-decade association with Nike.

But everything else was familiar for the Swiss star who cruised past world number 57 Lajovic in just 79 minutes.

It was the second successive year that Federer had knocked out the Serb at Wimbledon.

“I’m very happy, I felt good from the start too which was nice and that was not the case last year against him. I remember I struggled early on a lot,” said Federer.

After just 20 minutes to complete the first set, Federer went on to fire 35 winners past Lajovic, breaking serve five times, setting up a second round encounter against Lukas Lacko of Slovakia.

Back in the groove: Serena Williams on Monday

Victory was sealed on a fifth match point and next faces Bulgarian qualifier Viktoriya Tomova.

“I don’t know if I’m relieved, more motivated, but I am happy to get through that,” said Williams, whose return to Slam tennis after pregnancy at Roland Garros last month ended in a fourth round injury withdrawal.

US Open champion and fourth seed Sloane Stephens became the tournament’s first big name casualty when she slumped to a 6-1, 6-3 loss to Croatia’s world 55 Donna Vekic.

For Stephens, fresh from making the French Open final last month, it was her second successive first round loss at the tournament.

“There isn’t too much I can do — I’m not going to go and cry. Life goes on,” said Stephens, who was followed out of the tournament by Bulgarian sixth seed Grigor Dimitrov.

Wawrinka, whose ranking has slumped to 225 after knee surgery, had lost his last four matches against Dimitrov.

But at the same tournament where he played what proved to be his last match of 2017, the 33-year-old was rejuvenated.

“It’s a great feeling to win like this on Centre Court,” said Wawrinka, twice a quarter-finalist at Wimbledon.

Second seed Caroline Wozniacki, who has never got to the quarter-finals at Wimbledon, built on her Eastbourne title at the weekend with a 59-minute, 6-0, 6-3 win over Varvara Lepchenko.

But Karlovic’s Croatian compatriot Borna Coric, who defeated Federer for the Halle title last week, was a first round loser against Russia’s Daniil Medvedev 7-6 (8/6), 6-2, 6-2.