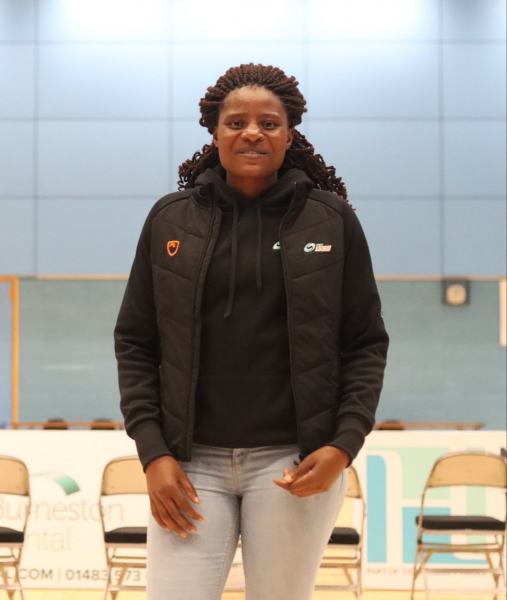 A FEW months after Zimbabwe had so unexpectedly gatecrashed the global netball party in finishing eighth at their debut World Cup in 2019 – and doing so with some of the most exciting netball of the tournament – the updated world rankings were released.

Ranked 13th going into the tournament, Zimbabwe had hoped their exploits in Liverpool would see them rise, but instead they remained exactly where they were. For vice-captain and star goal defence Felisitus Kwangwa it was “one of those heartbreaking moments in my life”.

Off the back of three player of the match performances and the highest number of deflections across all teams in the entire tournament, Kwangwa had been visited by Surrey Storm head coach Mikki Austin during the World Cup. Austin wanted to bring her to England permanently to play in the Superleague.

The only sticking point was that visa regulations restrict franchises to signing foreign players only from nations ranked in the world’s top 12. Zimbabwe’s failure to rise meant they were still a place away and Kwangwa’s dream looked to be over.

“I started to think maybe this wasn’t meant for me,” Kwangwa tells Telegraph Sport. “Maybe I was never meant to play in any of the best leagues in the world, so I would have to focus on playing for Zimbabwe only.

“The most painful part was that I would have to wait another four years until the 2023 World Cup [to showcase her talents to the wider world], because we don’t play in the Commonwealth Games.

“I was heartbroken. I lost hope in netball. Almost getting a chance and the next moment being told it’s not going to happen is painful.”

The heartache turned out to be much shorter lived than first feared. A minor calibration to the rankings halfway through 2020 saw Zimbabwe swap places with Barbados and climb into the coveted world’s top 12. Kwangwa’s path to Surrey was cleared and she signed a deal to become the first Zimbabwean ever to join one of the world’s major netball leagues.

Austin, who has adopted a hands-on role in ferrying Kwangwa to and from training sessions in Surrey, told Sky Sports: “I think that anyone who sat and watched the Netball World Cup will remember Felisitus, if not by name then they’ll know her by her work. She was one of the most exciting defenders there, and quite frankly she set the tournament alight.

“Felisitus played against some really tough opposition, for example Australia, and in some tight games. I think Zimbabwe’s match against Northern Ireland was probably one of the best of the tournament and she really stood up.

“Statistically Felisitus hit all of the high notes when it came to deflections, interceptions and centre pass takes, and she did that without making it through to the final, so essentially playing fewer games than others.”

As fate would have it, all she had missed in failing to secure a deal in the immediate aftermath of the 2019 World Cup was a drastically Covid-19-reduced Superleague season that had lasted only three weeks at the start of 2020.

The pandemic has naturally had a major impact on the start of her Storm career. On arrival in England in November, she immediately went into a two-week quarantine in the annex of a host family’s house, which will remain her home during her time in the country.

She says the period “was quite frustrating because I didn’t have much to do” but she was fortunate to have access to gym equipment.

When she did finally meet her new team-mates for the first time – with the squad able to train together under elite sport coronavirus protocols – they surprised her by unveiling the Zimbabwean flag.

“I was so happy seeing my flag raised in a foreign land. It was great. I almost cried,” she says.

A move to England’s home counties would never have been a possibility had a secondary school teacher in her home town of Bulawayo not forced her to take up the sport due to her height at a young age. A natural affinity was quickly evident and she was soon working her way through the junior national sides by 17.

Aside from the vastly different weather – made all the more obvious at this time of year – the biggest adjustment for Kwangwa is the facilities. Where the entirety of Zimbabwean netball takes place on outdoor courts, Kwangwa is becoming accustomed to playing inside in England, with access to state-of-the-art facilities at Surrey Sports Park.

Kwangwa’s hope is for a similar relationship to emerge between Zimbabwean players and Surrey Storm, and eventually to other Superleague, Australian Suncorp Super Netball and New Zealand ANZ Premiership teams in the coming years.

“Playing in the Superleague is a dream come true for me,” she says. “We never thought it was really possible for a player from a lower-ranked team like this.

“Now I can really see in the next four or five years you will see more Zimbabweans playing in one of the three big leagues. We just need to keep working on our rankings and anything is possible.”