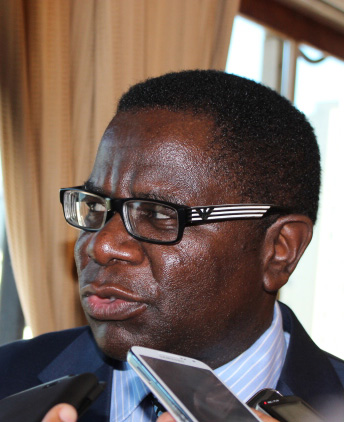 HARARE: Fidelity Life Assurance of Zimbabwe has sent its top management on forced leave to facilitate an audit into alleged financial irregularities at one of the country’s largest life assurers.
Managing Director Simon Chapereka and financial director German Mushoma have been sent on forced leave after Insurance and Pensions Commission (IPEC), the industry regulator, appointed KPMG Chartered Accountants to conduct a forensic audit of the group’s operations, the company said in a statement to the Zimbabwe Stock Exchange on Friday.
An internal review last year accused Chapereka and his executive of running an insider loan ring and of awarding themselves unapproved allowances.
“Preliminary results of the internal audit review were unfortunately leaked to the press. While these internal processes were ongoing, IPEC requested an onsite examination,” Fidelity said.
“To conclude their report, IPEC has appointed KPMG Chartered Accountants (Zimbabwe) to conduct a forensic audit in terms of Section 67(2) of the Insurance Act Chapter 24:07. This audit is intended to clarify issues relating to business operations, and allegations of corporate governance malpractices at the company.”
The Fidelity board has appointed the general manager of Fidelity Funeral Assurance, Mrs Nyaradzo Matindike, as acting managing director during the tenure of the audit.
The scandal, which erupted in December last year, reportedly forced former chairman Lawrence Tamayi to retire from the company after clashes with the firm’s management. Two other non-executive directors, Memory Nguwi and Catherine Chitiyo, also left the group, reportedly in protest at the alleged corporate governance infractions.
Chapereka allegedly grabbed 12 residential stands at Fidelity’s Manresa and Harare South projects —  the latter scheme meant for low income earners — and advanced himself an interest-free housing loan of $300,000.
The loan had a tenure of 10 years, but the repayments were set at $500 per month, which he was supposed to pay over a 10-year period. This would mean that at the end of the payment period, Chapereka would have paid back only $60,000.
Fidelity said it would comment on the issues after KPMG completes its audit.Advertisement