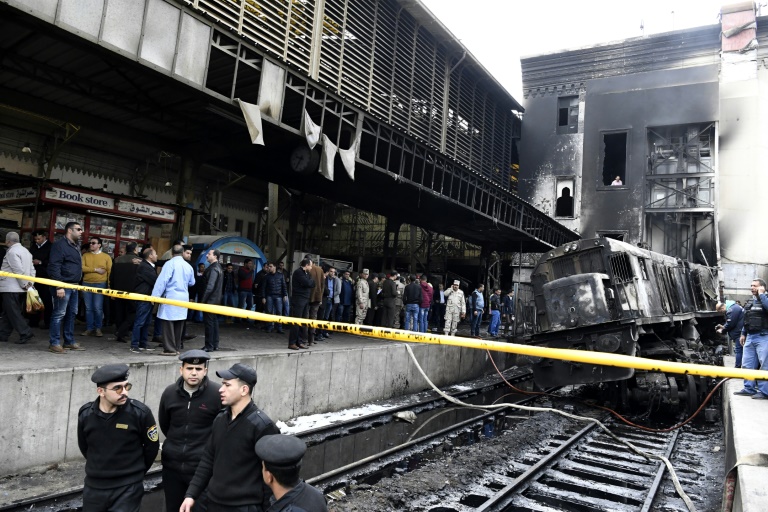 The train engine appeared to have slammed into the buffers at the end of the track at high speed, sparking a major blaze at the Ramses station and leaving 40 more people injured.

Firefighters were seen hosing down the charred wreckage of the train inside the station, whose walls were left blackened by the fire, as security forces guarded the site.

CCTV footage circulating online showed the train’s locomotive hurtling into the barrier without slowing down. People walking on the platform were enveloped by smoke.

Other photos from the scene showed a thick cloud of black smoke billowing in the station.