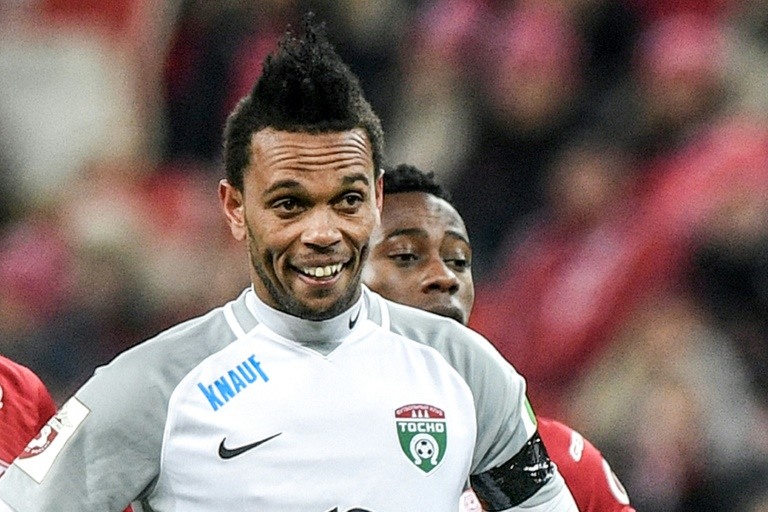 FIFA’s willingness to prosecute any racism complaints at the World Cup in Russia was questioned by activists Thursday after the governing body dropped a case from the final of the Under-17 edition without taking action.

FIFA’s disciplinary panel concluded there was a “lack of sufficient evidence that could corroborate the English player’s claim,” opting not to impose a sanction based on that testimony alone.

London-based football anti-racism organization Kick It Out called FIFA’s handling of racism investigations “nothing short of a disgrace.”

“With this outcome, there has to be little confidence that FIFA can effectively deal with any potential incidents of racism and discrimination that may occur during this summer’s World Cup and that is not a prospect to fill anyone with confidence about what is in store in Russia this summer,” Kick It Out chairman Herman Ouseley said.

FIFA is currently assessing whether to sanction the Russian soccer federation after monkey chants were aimed at black French players, including Paul Pogba, during the visiting team’s 3-1 friendly win over the World Cup hosts in St. Petersburg last month.

But given the apparently high threshold adopted by FIFA on the England-Spain case, Ouseley has concerns about the disciplinary processes.

“It leaves questions unanswered such as how much more evidence is required than two people separately hearing and corroborating the alleged abuse, in order to be acceptable as sufficient?“, Ouseley said. “Are they not believed as honest because of who they are? Who are the investigators and who makes such ridiculous decisions?

“Recent decisions … only give encouragement to those players, and fans, who want to racially abuse and act in discriminatory ways, to continue and to do so without punishment,” Ouseley said.

“There are issues within this situation that must be resolved and we urge the Football Association to follow this up with FIFA and UEFA, as the current handling of discriminatory cases about the alleged treatment of young black players representing their country and clubs is nothing short of a disgrace.”

FIFA declined to provide details on the Under-17 World Cup final investigation.

“Despite the absence of a sanction, which can only be imposed on the basis of clear evidence, the disciplinary committee would like to restate FIFA’s unequivocal, zero-tolerance stance against all forms of discrimination,” the Zurich-based body said in a statement.

The Laos soccer federation was fined 690,000 Swiss francs ($712,000) for several breaches of rules governing the eligibility of players to represent a national team.

Benfica and Sporting Lisbon were among five clubs found guilty of breaking rules which prohibit third-party investors having a stake in players’ transfer rights, and misuse of FIFA’s international transfer registration process.