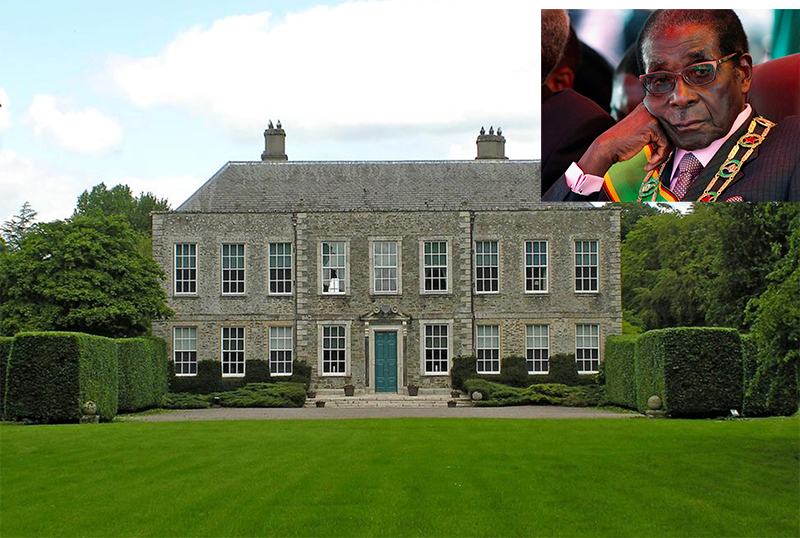 By The Irish Times

DUBLIN: Former media magnate Tony O’Reilly put Robert Mugabe up in his sprawling country estate in Ireland to help the Zimbabwean ruler get over the death of his first wife, newly declassified files disclose.

O’Reilly offered the use of his 18th-century mansion Castlemartin in Co Kildare as well as his private jet so Mugabe could have a “relaxing break” after he had been widowed in 1992, according to papers just released into the National Archives.

Then president of Ireland Mary Robinson offered to host a lunch in his “honour” while plans were drawn up for a meeting with then taoiseach (prime minister) Albert Reynolds during the eight-day trip.

At the time Mugabe was largely viewed in a positive light by the international community but this began to change in the mid 1990s as repression increased against democratic opponents.

State hospitality offered to overseas leaders on private visits is generally limited but officials suggested there was a case for “something more” for Mugabe, the records show. He was a “political figure of international stature… and it would be important to avoid possibly giving offence,” they said.

There was also a “general interest in good relations” with Mugabe who was educated by Irish Jesuits, officials noted.

The confidential documents from the Department of Foreign Affairs show the high commissioner of Zimbabwe in London got in contact with the Irish embassy there on March 24th, 1992 about the trip. 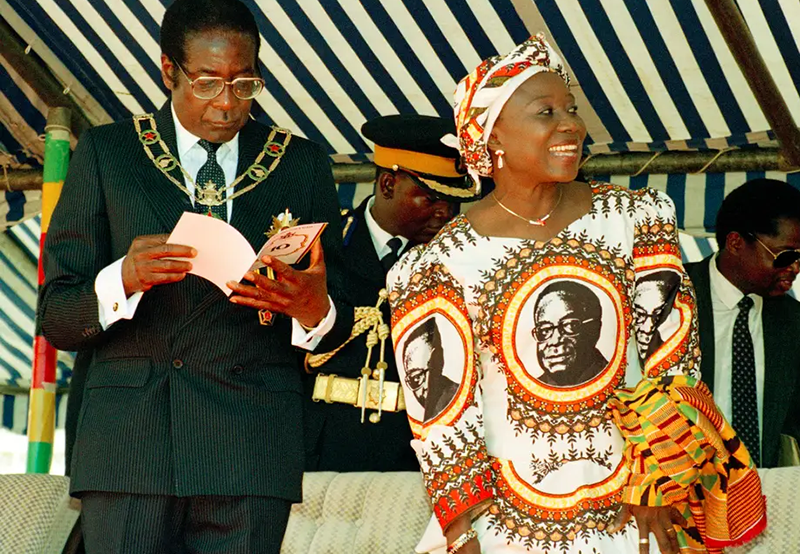 It was around eight weeks after Sally Mugabe, former First Lady of Zimbabwe, died, aged 60.

The high commissioner said Mugabe would “like to spend a ten-day holiday quietly in Ireland” beginning the following week. It was stated that Mugabe would prefer to remain around Dublin and “would like to visit bookshops and other shops” as well as do “some sight seeing and go to the theatre.”

He was to be accompanied by eight to ten people, including two officers from the high commission in London. Three Zimbabwean officials were sent to stay in a Dublin hotel in advance of the visit.

An official said O’Reilly “is known to President Mugabe from visits to Zimbabwe to promote business interests”. According to the files, O’Reilly had last met Mugabe shortly after Sally died and “suggested that the president should take a relaxing break in Ireland”.

A follow-up note stated that Mugabe was “acting on an invitation extended by Tony O’Reilly to relax following the death of Mrs Mugabe” and that O’Reilly had offered the use of his private plane as well as stays in the five-star Ashford Castle and Dromoland Castle, both owned for a time by O’Reilly.

The former proprietor of the Irish Independent also offered Mugabe the use of his Castlemartin estate, on the banks of the river Liffey, in a “villa attached to the main house”.

At one stage, it was suggested the State-owned Barretstown Castle – later leased to actor Paul Newman for his charity for seriously ill children – be offered to Mugabe.

The files show the visit was “confirmed” for March 30th-April 6th.

VIP treatment was ordered for both arrival and departure and security detail was drawn up by gardaí (police). Mugabe’s officials were told of the need to apply for permission to carry arms during the visit.