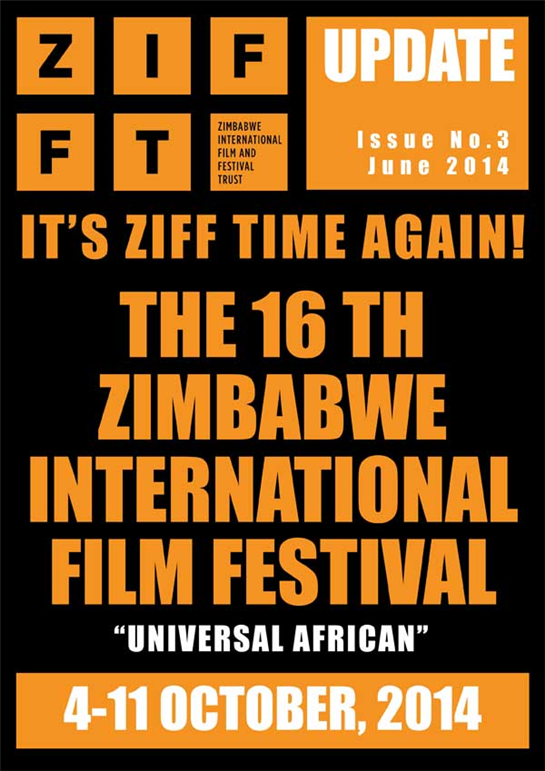 THE Zimbabwe International Film & Festival Trust (ZIFFT) has launched its hugely popular development programme, the Short Film Project (SFP), inviting aspiring filmmakers to submit their concepts ahead of this year’s film festival.
The Zimbabwe International Film Festival is scheduled to run from 4 to 11 October, under the theme, ‘Universal African’.
The program which has been running for over a decade, has given young and emerging filmmakers the opportunity to produce their films, and helped launch the careers of many filmmakers; many of whom have gone on to become industry leaders.
Names that quickly come into mind are Marian Kunonga, Nocks Chatiza, the late Allan Muwani, Tafadzwa Njovana, Mandisi Gobodi, among others.
To date, the project has produced over 32 high quality shorts that have been shown at various platforms internationally, including festivals such as Durban International Film Festival and on broadcast platforms like DSTV. Locally the short films are highly popular on ZTV.
SFP success is not confined to directors or writers; it has also has also unearthed new talent in actors and other aspects of film production. Tongayi Arnold Chirisa, who has gone on to become Zimbabwe’s latest addition to Hollywood, came through of the Short Film Project.
In a recent statement, the organisation extended the invitation to both aspiring and established filmmakers.
“In launching this year’s SFP, ZIFFT invites applications from aspiring, emerging and established filmmakers with ideas and concepts for film.
“Screenwriters are invited to submit story ideas on any subject, but preferably stories that deal with contemporary Zimbabwean/African issues in keeping with this year’s Festival theme: ‘Universal African’.
“Scripts should exhibit wide creativity of the writer as they should be confined to a minimum 3 actors and set on one location. Genres can be from a cross section of drama, comedy, horror etc. A first for the SFP is the introduction of the Documentary genre, whereby it will also produce two documentary shorts.”
Successful applicants will have their films showcased at this year’s festival. The participants will also be given the opportunity to connect with the various local and international filmmakers expected to grace the festival, and to participate the various Film Forum workshops and master classes. Advertisement