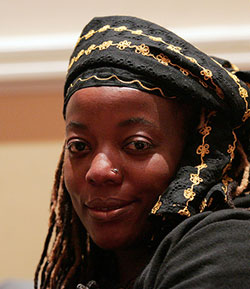 LOCAL film makers working under two leading different brands, Women Filmmakers of Zimbabwe (WFoZ) and Zimbabwe International Film Festival (ZIFF), have decided to put their differences aside and work together to uplift the industry.
WFoZ runs Intentional Images Film Festival (IIFF) led by Tsitsi Dangarembwa.
For the past two decades, the two associations and their members have been at each other’s throats accusing each other of not doing well for the sector and also back biting each other as they fought for donor funds.
But, according to ZIFF director, Nigel Munyati, this is going to be a thing of the past as they have decided to come together and collaborate in their festivals starting with this year’s ZIFF.
The festival is running from the 26th of August to the 2nd of September.
“For the past 20 years, we have never worked together, we have been running along parallel lines for a multitude of reasons,” said Munyati at the ZIFF opening night.
“Such that it had become common speak in the sector that that IIFF and ZIFF can never work together.”
He continued, “We have decided to prove them wrong and this year (2017) is the first time that we are working together in collaboration.”
“It’s an experiment, it’s a process, and we will not be able to achieve it all in one festival.”
“Some people even want us to have one name as we start which is right and that is how it should be, but this is a process and we are going out to dinner right now and we will see if we like each other,” he said.
Munyati added, “And, so far, I like it and I think they like us as well  so we will probably do this again next year.”
Advertisement