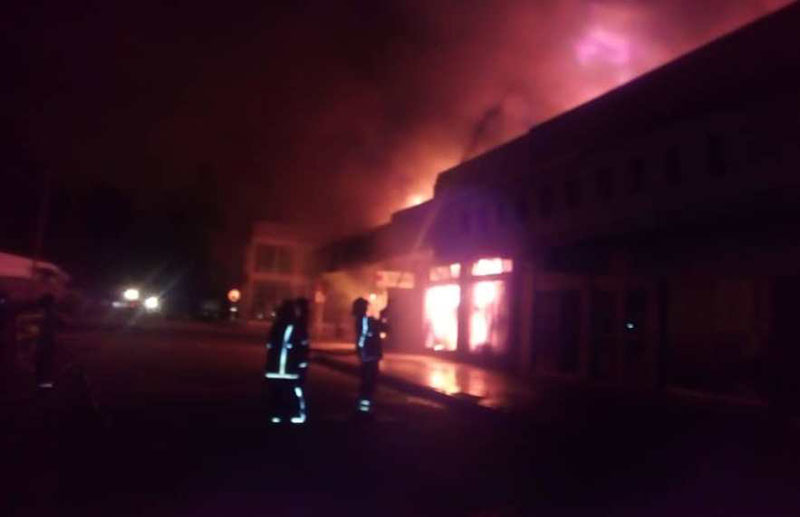 THREE shops were destroyed after a blaze gutted a shopping complex in Kadoma Tuesday night in the latest of a spate of devastating fire incidents across the country.

The first major incident was a bus explosion in West Nicholson which left 32 people dead, most of them burnt beyond recognition.

At the weekend, fire broke out and razed a residential apartment at Bulawayo’s Mpilo Hospital, destroying property worth thousands of dollars.

Monday afternoon saw the home industry area in Harare’s Glen View suburb engulfed by an inferno which destroyed two thirds of the complex. 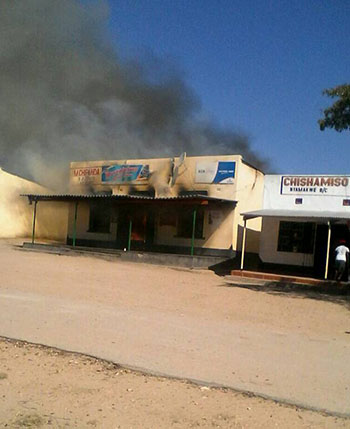 An unexplained fire also razed a grocery shop in Chivi

Several people were said to have been injured with property destroyed thought to be worth millions of dollars.

By the time the Fire Brigade arrived from Chegutu – some 33km away – nothing could be recovered.

“The fire started from Jet shop before quickly spreading to both Edgars and Coloursel,” said an employee with one of the retailers.

Back in Harare another fire broke out at Siyaso SMEs complex in Magaba, destroying six cars and an automotive complex.

“All six vehicles were destroyed,” said Harare city council spokesman Michael Chideme. “The Fire Brigade contained the fire. The fire did not affect Siyaso as it happened several metres away from the complex. One of the dealers is believed to be a 12-year-old who ran away after starting the fire.

Police have urged caution in the wake of the increasing spate of fires.

“Their vapours can explode or ignite if they get too hot or are exposed to static electricity. Be sure they are capped securely and keep them away from heat sources.

“Cooking fires must be put off after use and ensure all electric gadgets are switched off when not in use.

“Regular checks should be conducted on electric wires in business and residential premises. Where possible Zesa officials should be engaged to ensure electrical fittings are safe.”