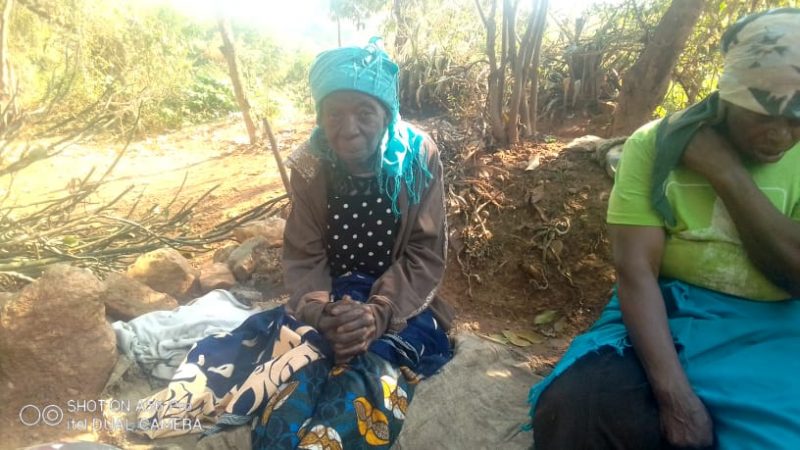 A NONAGENARIAN couple in Chinhoyi lost valuable property worth thousands of dollars after their house was gutted by fire on Wednesday night.

The shocking incident occurred in Chinhoyi’s Hunyani high-density suburb, at around midnight.

It is suspected the blaze was caused by a lit candle which was left unattended as the couple and their grandson retired to bed.

When NewZimbabwe.com visited the scene Thursday, remnants of the four-roomed house stood as a reminder of what used to be a sanctuary for the aged folk identified as Janet Banda (91) and her husband Fidson Mpekeso (92). 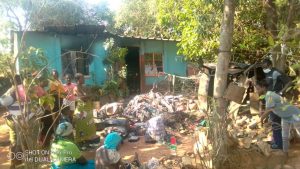 The two were asleep when the blaze started and are counting themselves lucky to have escaped the inferno unhurt.

A distraught Gogo Banda told NewZimbabwe.com she was awoken by heat and the smell of smoke, before alerting her husband, grandson, and neighbours who rushed to douse the flames.

“I felt some heat and a smell of smoke and that prompted me to wake up. I screamed for help and people rushed to the scene and tried to put out the fire while also rescuing us,” she said.

“Unfortunately, we lost our valuable property, literally everything in the fire. I am still in shock and disbelief.”

Narrated a rescuer, Tafirenyika Phiri; “l managed to gain entry inside the house through the window before whisking both of them to safety.

“Fellow neighbours who heard the melee, also rushed with buckets full of water to extinguish the fire, but the raging blaze had razed down the property to ashes,” Phiri told NewZimbabwe.com. 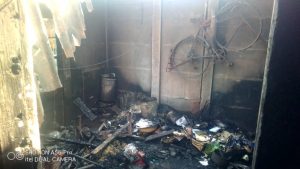 Chinhoyi MP Peter Mataruse also visited the accident scene to assess the quantum of damage to the property.

The parliamentarian appealed to the Chinhoyi community to assist the family as it tries to cope with the disaster.

“They have been left with nothing to eat and wear. So, I request the community to contribute to the family with some food and clothes,” Mataruse said.