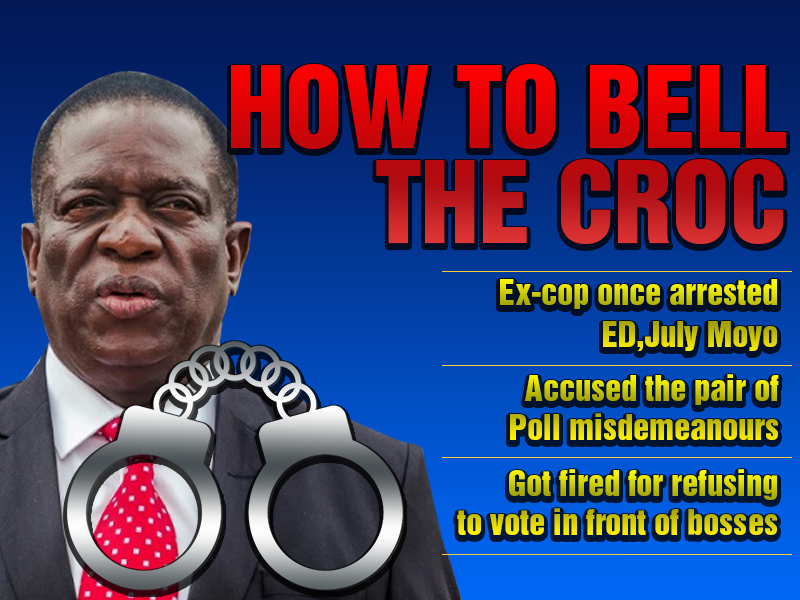 A former junior police officer, who made news headlines when he boldly arrested the now state President Emmerson Mnangagwa 2005 and further refused to cast his vote in front of his superiors, will finally get justice after successfully claiming unfair dismissal from the force 2008.

A defiant Tafadzwa Gambiza, who always had a brush with his superiors, in 2005 rose to prominence after he arrested then Zanu PF Kwekwe parliamentary candidate, Mnangagwa together with his then election agent and now Local Government Minister July Moyo.

Gambiza arrested Moyo for allegedly contravening the Electoral Act after the latter had turned up at the polling station during voting while putting on a t-shirt emblazoned with Mnangagwa’s face.

In a bid to escape trouble, Moyo then called his boss, Mnangagwa who was also arrested for obstructing justice.

Mnangagwa went on to lose the poll to his MDC opponent Blessing Chebundo.

Gambiza was then forced out of the force June 26, 2008, a day before Zimbabwe’s ill-fated presidential run-off which Mugabe contested alone and declared himself winner after his then challenger, Morgan Tsvangirai had abruptly pulled out citing massive state sponsored violence on his structures.

After Gambiza had refused to vote in front of his superiors, he received a police memo that he had been fired from the force “with immediate effect”.

He was subsequently evicted from his police residence July 17, 2008 after which he fled the country to South Africa claiming political persecution.

Since the time, Gambiza has been fighting unfair dismissal from the police service, having been fired without any benefits.

Writing to his lawyers, Mhaka Attorneys, police have indicated that Gambiza was to get his packages.
“Your client is at liberty to approach the Office of his former Commanding Police Province who will issue him with a Certificate of Service as provided for in the relevant Police Standing orders,” wrote Senior Assistant Commissioner Angeline Guvamombe who is also Chief Staff Officer (Human Resource Administration) to the Commissioner General of Police.

“Copies of your client’s pay slips were issued to him during the period he was reinstated.

“After his discharge, your client may claim his terminal benefits to Pensions Office, Mukwati Building upon completing the appropriate Pension Refund Form.”

Added Guvamombe, “Your insinuation that the Police is operating without proper documents is misplaced and that your client was not brought before any tribunal is far from the truth.

“Your client was discharged in terms of the law following a Board of Inquiry (Suitability) convened to look into his suitability to remain a member of the service.

“The convening of the Board was an upshot of your client’s deplorable disciplinary convictions before competent courts of Single Officers constituted in terms of the Police Act Chapter 11:10.”

Ironically, Gambiza finally got justice during Mnangagwa’s tenure as President.