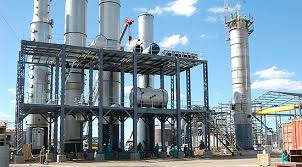 THE white management at Green Fuel, popularly known as Chisumbanje Ethanol Plant, has been labelled ‘racist’ by workers who said they were fired without any salaries and benefits.
At a press conference held Thursday in Harare, dismissed drivers accused the management of instilling fear in workers and overworking them without salaries and benefits.
The 25 drivers said it was hell working for the company.
“I was a truck driver with Green Fuel since June, 2013 and drove a 30-40 tonne truck from Middle Sabi to Chisumbanje but I was unfairly dismissed from work without any notice.
“I have no salary and the management does not want any negotiations with employees,” said Felix Chimatira.
Chimatira added that one manager hates blacks to the extent that he did not want anyone to look straight into his eyes, lest one lost their job.
George Mohowo said he had worked for more than 4 years but was dismissed for voicing his grievances which included overtime allowances and salary arrears for six months.
“We were put on forced leave and the employer, instead, hired new workers without considering our grievances as we wanted to negotiate for better working conditions,” said an irate Mohowo.
As one driver put it, “the employer wants free, rather than, cheap labour.”
The workers said the harsh conditions they experienced at Chisumbanje Ethanol Plant were worsened by the heavy presents of police who they say patrolled the company premises 24/7, threatening workers and the surrounding communities.
In May, the workers alleged, police threw teargas at villagers and Takwirira Secondary school children were affected with some hospitalised.
They also alleged that white colleagues get full salaries and benefits while blacks were being paid 25% of their salaries per month.
“White employees get 5 times more than us black employees and this is not fair.
“Management also pays fees for its white staff while our children are languishing at home as we cannot pay their fees,” said one Abias Dziru.
Claris Madhuku, Platform for Youth Development Director, said the company does not allow people to form any workers’ committee or join any trade unions.
“Our concern as an organisation is the presence of state apparatus such as the police and soldiers. Advertisement

“The working environment is not conducive for workers and the management sees employees (especially blacks) as a problem yet it is not willing to negotiate for better remuneration and working conditions,” said Madhuku.
“I am happy to say the Zimbabwe Lawyers for Human Rights (ZLHR) has been representing these workers in court and in most cases the workers have won their cases,” he added.
Madhuku said more than 700 workers have been dismissed or retrenched but the issue at stake involves their salaries and benefits which to-date is still outstanding.
Efforts to get a comment from Taurai Nhondowa, Green Fuel Human Resources Manager and other top management employees were fruitless as their phones went unanswered.