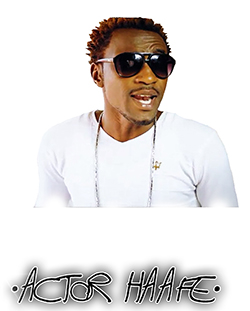 USUALLY the words ‘First Eleven’ are used in the game of football where a club chooses its eleven best players to start a match; and the eleven are trusted to bring good results for the team.
And in steps Bigyadz Records – all that has changed, we have a new First 11, not soccer players, but their latest Zimdancehall riddim!
Bigyadz Studio, the brainchild of Zimdancehall Artist, Joel Chitate, popularly known as JC in the music circles, has recorded more than 30 artists on the new riddim and will invite fans to vote for the best 11 artists to ride on the beat.
“We have recorded more than 30 Zimdancehall artists from all the country so far and the door is still open for any artists who feel they can do justice to the riddim,” Bigyadz Manager, Divine Mbara told NewZimbabwe.com.
Mbara said the studio would be open to recording more artists on the riddim until this Tuesday to give a chance to artists from outside the capital to also participate.
Artists wishing to give a go at the riddim can contact Bigyadz Records on the following Whatsapp Numbers: 0779 396 706 and 0717 555 161 or on their various social platforms.
“After we close the recordings, we will then play all the artists on all the radio stations in the country and give the fans a chance to vote for the best artists to ride on the riddim,” he said.
Mbara said the first eleven artists with the highest number of votes from the fans will get a chance to have their songs put on the First 11 DVD album which will be recorded in South Africa later this year.
“We have found a volunteer in one Mr Nyika who has offered to record a medley video of the best 11 artists for us in South Africa,” he said.
Meanwhile, JC is on the verge of signing a new marketing contract with United Kingdom-based Team One Love which wants to promote him on the international scene.
“We have been liaising with Team One Love for the past week and they will be sending in a one-year contract with the artist and if we are happy with the terms, we will sign and return it and they will immediately start marketing his music,” Mbara said.
He said the contract would come in handy as the marketing side was seriously lacking.
“Our marketing was limited to Whatsapp and Facebook but they (Team One Love) are at a higher level and will also arrange collaborations with other top African musicians,” he said.Advertisement

Mbara said Team One Love was also working at transforming the Bigyadz label into a fashion label that will be marketed internationally.
He said they were currently not doing many shows because the promoters were offering bad deals for artists, who in many instances had to provide everything for their own shows.
Bigyadz Records also records other music genres besides Zimdancehall.
THE RUNNERS & RIDERS