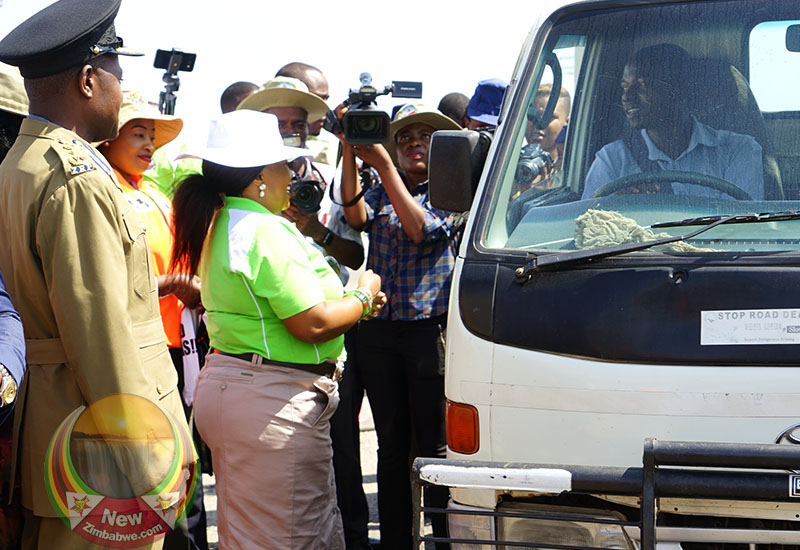 FIRST Lady Auxillia Mnangagwa is up in arms with Zimbabwean police for failing to enforce the law on pirate taxi operators commonly referred to as Mushikashikla..

She urged police to arrest all road offenders as many lives were being lost through human error with 90% of most road accidents said to be preventable.

The First lady also appealed to passengers to ensure drivers do not break traffic laws in their presence.

“I urge all travellers not to allow drivers to break the law,” she said.

“I have seen several pirate taxis (mushikashika) overloading and speeding. We should try to have stipulated number of people in our vehicles.

“My concern is that we never see these mushikashika operators being arrested.

“Police must arrest those who break the law on our roads because we are losing lives and some are being injured due to negligence by some road users.

“Police must go after those who drink and drive, those without proper documentation on their vehicles including drivers’ licences.

“Why overloading? Even new Zupco buses are overloading. Pedestrians no longer observe road carriage markings and traffic lights; police do your job.”

The First Lady differed with the notion that a lot of accidents occur as a result of the country’s poor state of roads.

“The government has been doing its best to upgrade our roads and it is saddening to note that the best roads are the ones reportedly having high cases of accidents.

“Let us not underestimate our law enforcement agents,” she said.

Going under the theme, “SaveLive#SlowDown”, Mnangagwa appealed to all road users to be safe ensuring safety of other road users.

She also urged drivers to go for defensive driving for prevention of accidents, avoid use of phones whilst on the steering wheel as well as avoiding travelling at night when visibility is poor.