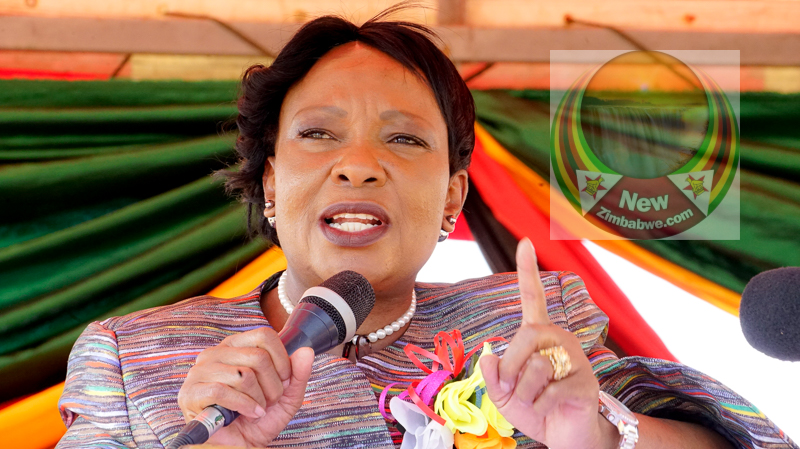 The first lady, who handed her curriculum vitae (CV) at the party’s Kwekwe District offices, was uncontested.

The Central Committee is the party’s highest decision making body in between congress.

Other notables who made it to the powerful organ from Kwekwe are Local Government Minister July Moyo, former Zanu PF Midlands Provincial Chairperson Daniel Mackenzie Ncube, and Kwekwe Proportional Representation MP Perseverance Zhou, who made it through the women qouta uncontested.

Elsewhere across the Midlands province, in Zvishavane Stabile Mutodza was elected through the proportional representation with 35 votes ahead of Women Proportional Representative parliamentarian, Colleta Mutambisi, who polled 15 votes.

In Zvishavane Ngezi, MP Cuthbert Mpame with 134 votes prevailed ahead of Marigo who polled 18.

In Chirumanzu Saviors Piki with 136 bounced back into the Central Committee ahead of Innocent Pedzisai Munanzvi who polled 23 votes.

For Mberengwa, Minister Jorum Gumbo, Zvandasara, Goga, Ellen Shirichena and Tinashe Shumba made it to the Central Committee.

Some of the notables who made it to the body through the women’s quota were Tsitsi Muzenda (Gweru) who sailed through uncontested, Chirumanzu Proportional Representative Vairet Nhari was also uncontested and Rugare Dziva was elected uncontested in Gokwe South.