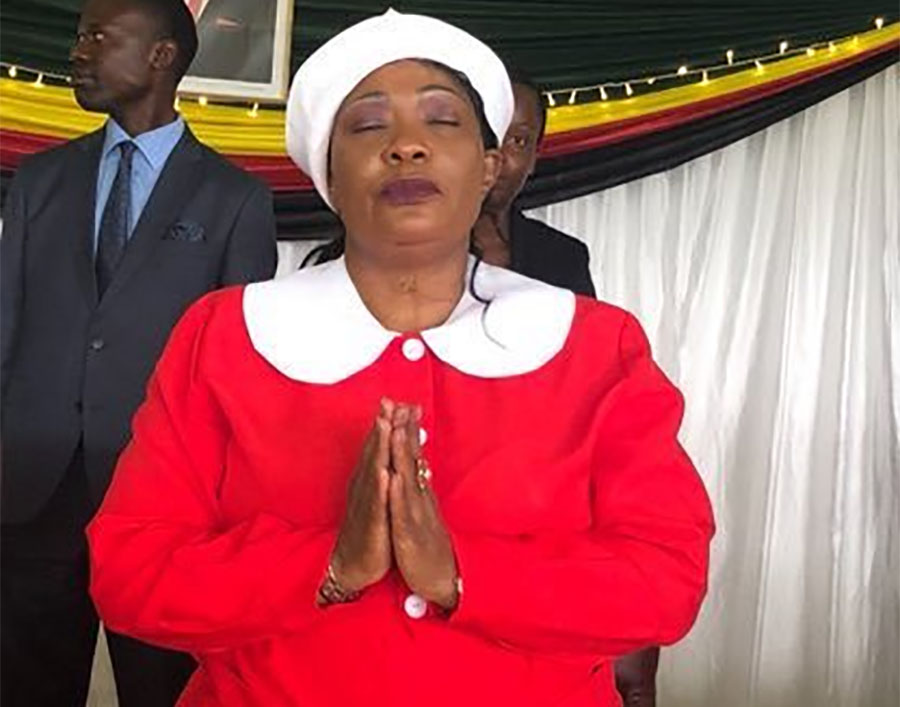 A SCHEDULED prayer session in Chinhoyi, where First Lady Auxillia Mnangagwa was set to give a keynote address, failed to take place Saturday after she failed to pitch up amid a low attendance.

The highly politicised event had shadowy organisations such as Pastors for ED, Doctors and Nurses for ED, Young Women 4ED, Men BelievED, Zanu PF affiliated bodies such as war veterans’ associations, among others, lined up to give solidarity speeches.

According to a member of the organising team, the First Lady had other commitments elsewhere, and had supposedly dispatched an emissary to stand in her stead.

However, news of her impending no-show filtered early, prompting Zanu PF apparatchiks and genuine congregants alike to snub the function set for 9am at Chinhoyi Stadium.

“The provincial prayer event was a monumental flop. The First Lady didn’t come as expected and it was hoped Mashonaland West Provincial Affairs Minister, Mary Mliswa-Chikoka, would come in her place, but she also didn’t show up.

“We wasted our personal resources and precious time attending a non-event,” complained an elderly woman clad in a Dutch Reformed Church uniform who requested anonymity.

The First Lady had planned the prayer session where she was expected to preach peace, love and unity despite her husband, President Emmerson Mnangagwa and Zanu PF, allegedly presiding over political violence, particularly in areas where elections are being held.