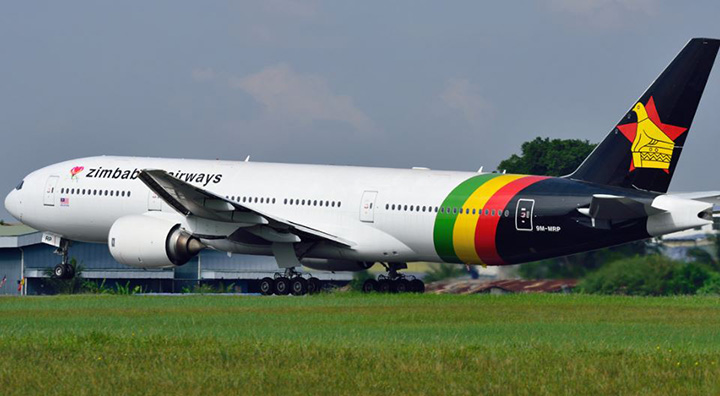 THE Civil Aviation Authority of Zimbabwe (CAAZ) has revealed that it will Wednesday take delivery of a Boeing 777 plane acquired under controversial and still murky circumstances from Malaysia.

“The Authority wishes to advise that one Boeing 777 aircraft under Zimbabwe Aviation Leasing Company (ZALC) will arrive tomorrow (Wednesday), 11 April 2018 at 1200 hours from Malaysia,” CAAZ said in a statement.

The Southeast Asian country is releasing these two first with the others to be delivered once the outstanding payment is settled.

However, there has been controversy regarding the ownership of Zimbabwe Airways, the new airline which will reportedly operate the aircraft.

Former president Robert Mugabe’s son-in-law Simba Chikore was involved with the acquisition of the aircraft, prompting speculation that the company was owned by the then first family.

However, transport minister Joram Gumbo dismissed the reports, saying instead that the new airline was owned a consortium of local and non-resident Zimbabweans.