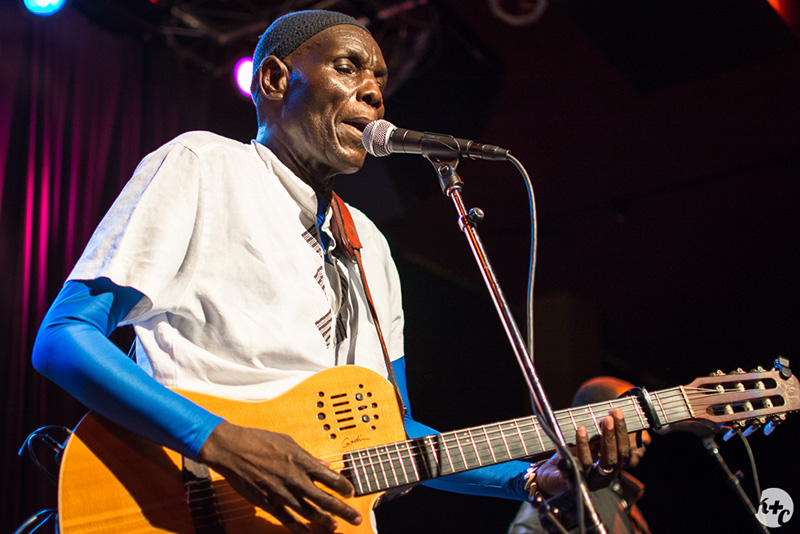 The song, released by Gallo Record Company and Tuku Music on Friday is the first release from the legendary musician since his passing three years ago. The song has the soul of “Tuku” and one can feel the labour of love that was poured into the song by both Mbeu and the late Mtukudzi.

‘My Better Half’ is from Tuku’s upcoming body of work titled, Abiangu 2 which means “friends” in Shona (Chikorekore dialect).

It is a follow up to Abiangu (Duets Of My Time) released in 2011. The duet is a ballad that celebrates finding “the one”.

Mtukudzi’s daughter Samantha said fans of the legend can expect another exceptional musical friendship between Tuku and his chosen friends on the album.

“It’s his friends (abiangu) that most fans didn’t know or think that they can do a collaboration. Which is exciting,” she said.

She said the family was still finding it hard to accept that the legend is no more.

“It has not been easy without our father, but you learn to live with the pain and absence of him. Some days you smile when you hear his voice and other days it’s very hard. But we have to move on, pushing and persevering. It is important for us to release this masterpiece because it is what Oliver would have wanted and it is something that shows even in death Oliver is still with his fans.”

The project will embrace the digital space and will form a part of several singles to complete one body of work which will be Oliver “Tuku” Mtukudzi’s 68th offering.

As with the first album, Abiangu 2 will follow the theme of duets the icon did with his friends in Africa and beyond.

In true Tuku style, the project is his way of expressing his gratitude to his many friends who he held close to his heart and collaborated with on this project. These include Ladysmith Black Mambazo (South Africa), Mr. Nhungue (Mozambique), James Sakala (Zambia), Diamond Musica (Zimbabwe), and Mario Lucio (Cape Verde) among many others.

“With all the hard work that Oliver put in in all the years of his musical career, his work continues to keep the legacy going. His band that he used to perform with, The Black Spirits, continue to do live performances adhering to Covid regulations and have been doing extremely well despite the absence of the main man himself.”

Samantha said there were plans for performances with some of the artists featured on the album through Tuku Music events.

The album is one of many initiatives that the Tuku Music Estate and family have undertaken to keep his legacy alive. One of these initiatives also included the inaugural Oliver Mtukudzi Memorial Half Marathon which took place on the third anniversary of his passing on January 23 last month.