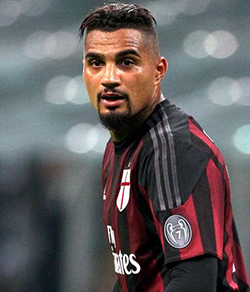 JUVENTUS (ITA) TO REAL MADRID, €30 MILLION
Fresh from winning a second Champions League in three years, Real Madrid resisted the temptation to go for a new Galactico, but did strengthen an already fearsome forward line with the return of Spanish international striker Morata.
The 23-year-old improved markedly in his two years since leaving Madrid for Juventus, where he won two Serie A titles and played a huge part in knocking Real out of the Champions League in 2015 with a goal in each leg of the Italian giants’ semifinal win over the 11-time European champions.
Morata also scored three times in four games for Spain at Euro 2016, but won’t be guaranteed to start as he will battle Karim Benzema for the central striking role with the superstar talents of Cristiano Ronaldo and Gareth Bale occupying the flanks.
An early season injury to Benzema offered Morata the chance to stake his claim and he duly did so by scoring the opener in his second home debut in a 2-1 win over Celta Vigo on Saturday.
SAMIR NASRI

MANCHESTER CITY (ENG) TO SEVILLA, LOAN
Sevilla’s 11th and highest profile recruit of the summer arrived on Wednesday when out-of-favour Man City playmaker Nasri arrived on loan to bolster an already burgeoning collection of creative midfielders at the Sanchez Pizjuan.
Nasri had been sidelined by new City boss Pep Guardiola early in pre-season for arriving back at training overweight, but fought his way back into connection to play the final 15 minutes against West Ham on Sunday.
The Frenchman has had a controversial career, but even Guardiola described his quality as “on another level”.
At 29 a change of scenery and the challenge of a more technically-focussed league could be the kickstart Nasri’s dwindling career has long needed.
SAMUEL UMTITI

LYON (FRA) TO BARCELONA, 25 MILLION EUROS
Barca have spent big on a number of occasions to find the perfect partner for Gerard Pique since former captain Carles Puyol retired, but the likes of Jeremy Mathieu and Thomas Vermaelen haven’t been up to the task of supplanting Javier Mascherano.Advertisement

The Argentine hardman has been rewarded with a new three-year contract, but is expected to face a stiffer test from Umtiti, who shone in France’s 2-0 Euro 2016 semifinal win over world champions Germany, on just his second international appearance, having replaced the injured Mathieu in Didier Deschamps’s squad.
He has continued that form with two composed performances in his opening two La Liga starts, leaving Mascherano on the bench for Sunday’s 1-0 win at Athletic Bilbao.
KEVIN GAMEIRO

SEVILLA TO ATLETICO MADRID, 30 MILLION EUROS
Atletico’s search for a star striker to partner Euro 2016 top scorer Antoine Griezmann saw them land the hero of Sevilla’s third consecutive Europa League triumph last season in Gameiro.
However, it has been far from a perfect start for Gameiro as Atletico have been held by newly-promoted Alaves and Leganes to already fall four points behind Real Madrid and Barcelona in the title race.
The Frenchman fired home his first goal from the penalty spot against Alaves, but also missed a host of other chances and was hauled off as Diego Simeone looked for a winner in the closing stages at Leganes at the weekend.
KEVIN-PRINCE BOATENG

FREE TRANSFER TO LAS PALMAS
Having snapped up the former Ghana international on a free transfer, Las Palmas can already claim to have gotten more than their money’s worth as Boateng has struck twice in two games to take Las Palmas to the top of the table for the first time in 38 years.
A powerful header in a famous 4-2 win at Valencia to open their campaign was followed up by another towering headed effort as Las Palmas smashed Granada 5-1 to leave them looking down on Barcelona and Real Madrid in the early season running.