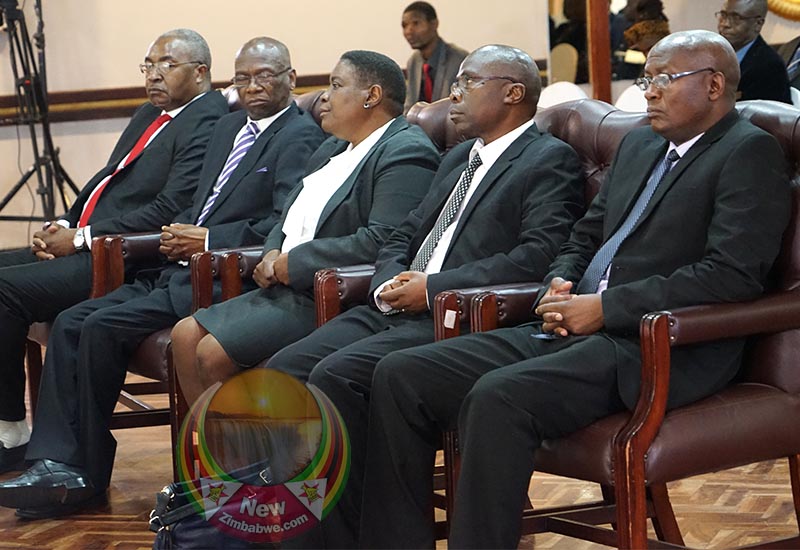 The judges
Spread This News

FIVE High Court judges Wednesday went through public interviews hoping to fill up two posts that have arisen at the Supreme Court of Zimbabwe.

JSC is seeking to increase human capital in the country’s apex court to match the growing number of cases while the decision to go by way of public interviews is aimed at promoting transparency in the selection criterion as dictated by the national constitution.

National Assembly Speaker Jacob Mudenda appeared briefly at the venue but left after about an hour.

The interviewing panel sought to find out on whether the Supreme Court judge aspirants understood the nature of the work they will be exposed to at the highest court in the land.

Among some of the questions which were directed at the judges was their reaction in a scenario in which any of them, while constituting a Supreme Court bench, went on to pass a decision that goes on to invite public outrage and condemnation.

Of the five interviewees, Justice Mathonsi was appearing for the third time before the commission’s interviewing panel.

Justice Malaba later said they were going to sit as a JSC panel to evaluate how the aspirants performed after which the successful candidates will be announced.