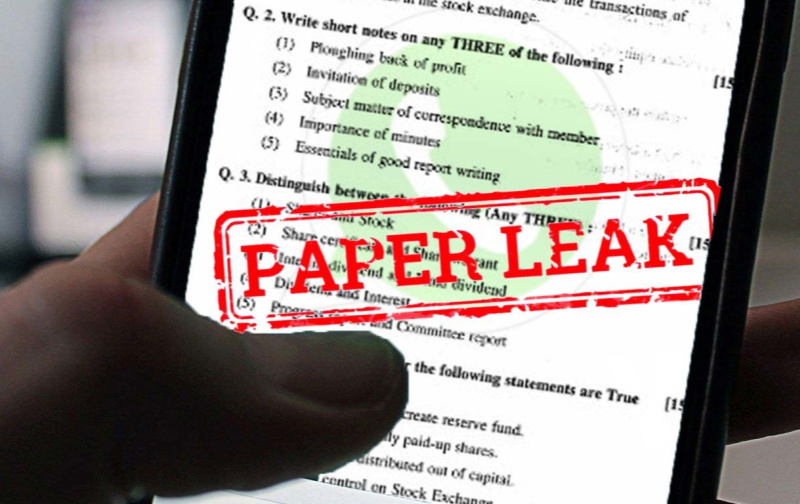 FIVE of the 15 Form Six pupils at Gebhuza Secondary School in Hwange who were arrested for leaking an Economics Exam Paper 3 have been sentenced to do 350 hours of community service each.

Magistrate Barbara Phiri slapped Arthur Delight Chuma (20), Nkosilomusa Sibanda (21), Albertina Mbebe (18), Tamika Dube (19) and Keegan Mduduzi Chigubhu (18) with 12 months in jail each when they appeared before her on Tuesday.

The five had pleaded guilty to unlawful access to examination material which is a contravention of Section 35 (a) of the Zimbabwe Schools Examination Council Act Chapter 25:18.

They were sentenced to 12 months in jail each before the magistrate suspended two months for two years, so they don’t commit a similar crime.

Ten months were suspended on condition each completed 350 hours of community service.

Sibanda, Mbebe and Dube will do the unpaid work at their school while Chuma and Chigubhu will be at Hwange Secondary School.

Only five came to court on summons.

It was not immediately clear as what was the case with the others.

Prosecutor Trymore Chitumbu said the five shared the question paper on WhatsApp before the exam on 28 October.

“On 27 October, Chuma, Sibanda and Chigubhu connived to acquire an Economics A Level paper 3 examination question which was due to be written on 28 October at 9AM.

“Chuma and Sibanda engaged Allan Tsakura who was on two WhatsApp groups known as Business Studies and A Level Accounting, to supply them with an Economics Paper 3 examination question paper,” said the prosecutor.

The paper was circulated countrywide, according to the candidates who said the WhatsApp groups had members nationally.

Their teacher Mandras Mandira reported the matter to the police, leading to their arrest.