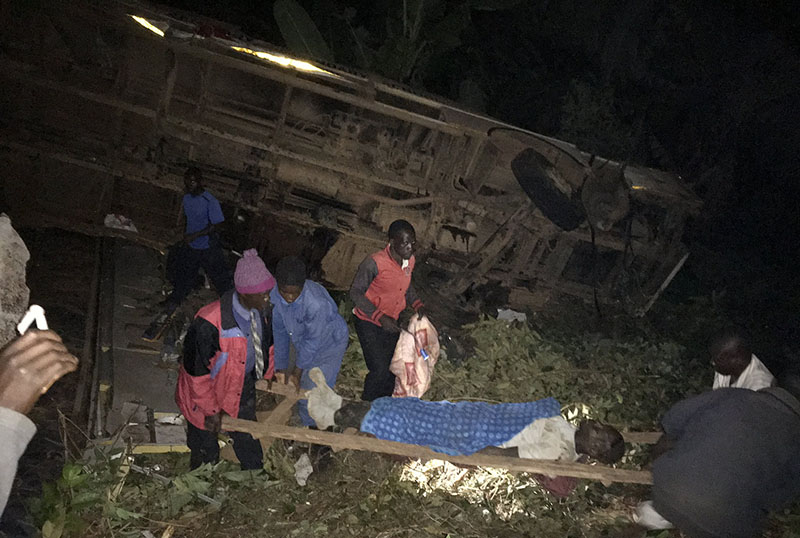 He said one of the accidents occurred close to Chegutu along the Harare-Bulawayo road and two people died on the spot while 13 were injured.

“The ZRP reports a fatal road traffic accident which occurred on 07 January 2023 at around 1730hours at the 117 km peg along Harare-Bulawayo Road where two people died on the spot while 13 others were injured.

“The bodies of the victims were taken to Chegutu District Hospital mortuary for post mortem whilst the injured are admitted at the same hospital,” Nyathi said on Twitter.

Nyathi also said the other accident occurred along Robert Mugabe in Eastlea and three people died on the spot.

“Meanwhile, three people were killed while 12 others were injured when a Toyota Hiace vehicle with 17 passengers on board was involved in a head-on collision with a Ford Ranger vehicle along Robert Mugabe Way, near Clyde Road, Eastlea, Harare on 07 November 2023 at 2015 hours.

“The bodies of the victims were taken to Parirenyatwa Group of Hospitals mortuary for post mortem whilst the injured are admitted at the same hospital,” added ZRP.

Meanwhile, at least 127 people died while 489 were injured in some 1,998 road traffic accidents which occurred in Zimbabwe between 15 December 2022 and 5 January this year.