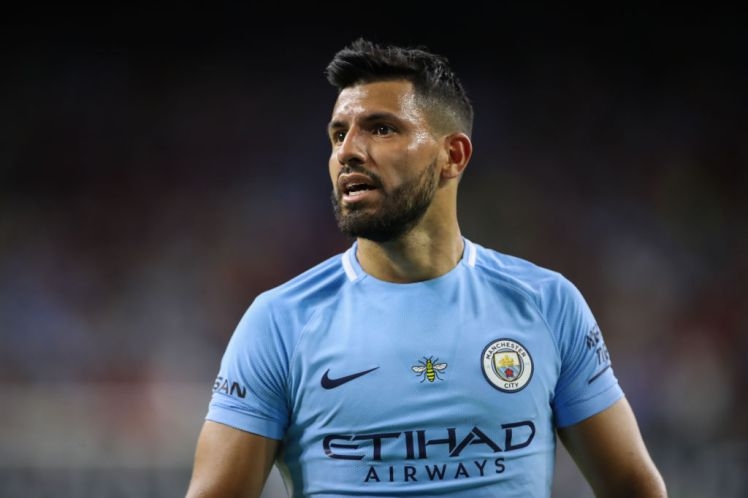 ROMA pulled off one of the greatest Champions League fightbacks to dump Lionel Messi and Barcelona out at the quarter-final stage, while Mohamed Salah continued his remarkable goalscoring form as Liverpool wrapped up victory over Manchester City.

Here are five things we learned from the Champions League quarter-final, second legs on Tuesday:

Klopp has the better of Guardiola

Jurgen Klopp has beaten Pep Guardiola more times than any other manager, with Tuesday’s 2-1 second-leg win taking the tally to seven victories from 13 meetings.

Two German Super Cup triumphs with Borussia Dortmund against Guardiola’s Bayern Munich bolster Klopp’s head-to-head record, but three consecutive successes with Liverpool in the last four months show that the German clearly has the better of his counterpart for now.

Even Guardiola said himself before the first leg that the way his City side play is perfect for Liverpool, and apart from a stirring first-half effort from City in the return game, the quarter-final proved exactly that.

For all their possession and excellent attacking football, Guardiola’s City continue to find themselves caught out shortly after the interval.

Although Liverpool’s three-goal burst last week came in the opening 45 minutes, they hit City with quickfire goals in the 59th and 61st minutes when they inflicted a first Premier League defeat of the season on the English champions-elect in January.

Cruising towards a title celebration in front of their home fans in Saturday’s Manchester derby, City collapsed after the break as Paul Pogba’s 53rd and 55th-minute strikes set Manchester United on their way to a famous 3-2 win.

That Achilles heel resurfaced on Tuesday, as after a rousing first-half performance gave them hope, Salah’s 39th goal of the season all but ended the tie 11 minutes into the second period.

VAR debate will rumble on

Perhaps the turning point in the tie came shortly before half-time when Leroy Sane had a potentially crucial second Manchester City goal wrongly ruled out for offside.

UEFA president Aleksander Ceferin in February said that video technology would not be introduced for European competitions next season, citing “lots of confusion”.

But VAR will be used at the World Cup and is already in place in Serie A and the Bundesliga. The referee and his two assistants in the Liverpool half failed to notice that it was visiting midfielder James Milner who played the ball back to Sane, meaning that the German winger’s goal should have stood.

An incredible season had seen Barcelona go 40 matches unbeaten in La Liga and the Champions League, but Roma summoned a fightback that brought back memories of Barca against Paris Saint-Germain last season.

Eusebio Di Francesco’s hosts — 4-1 down from the first leg — attacked from the off, with Edin Dzeko the driving force that finally pushed Barca into submission.

His away goal had given Roma a glimmer of hope, and his sixth-minute strike kick-started a memorable night. Barcelona struggled under a barrage of crosses and set-pieces, with first-leg own-goal villains Daniele De Rossi and Kostas Manolas completing the job from a penalty and a corner respectively.

Manchester City and Barcelona are all but certain to wrap up comfortable league titles in England and Spain this season, but both were unceremoniously dumped out of Europe.

While opponents have failed to hurt either team domestically, they have found life tougher in the Champions League. Four of City’s seven defeats this season have come in the competition, with the two by Liverpool following losses at the hands of Basel and Shakhtar Donetsk, while Barca collapsed in dramatic style at the Stadio Olimpico.

Juventus look set to claim the Serie A title, but head to the Bernabeu on Wednesday facing a 3-0 deficit. French champions-elect Paris Saint-Germain were dumped out by Real Madrid in the last 16.

Bayern Munich, already crowned Bundesliga champions, will hope to be the exception to the rule against Sevilla, with a 2-1 lead to defend in Bavaria.