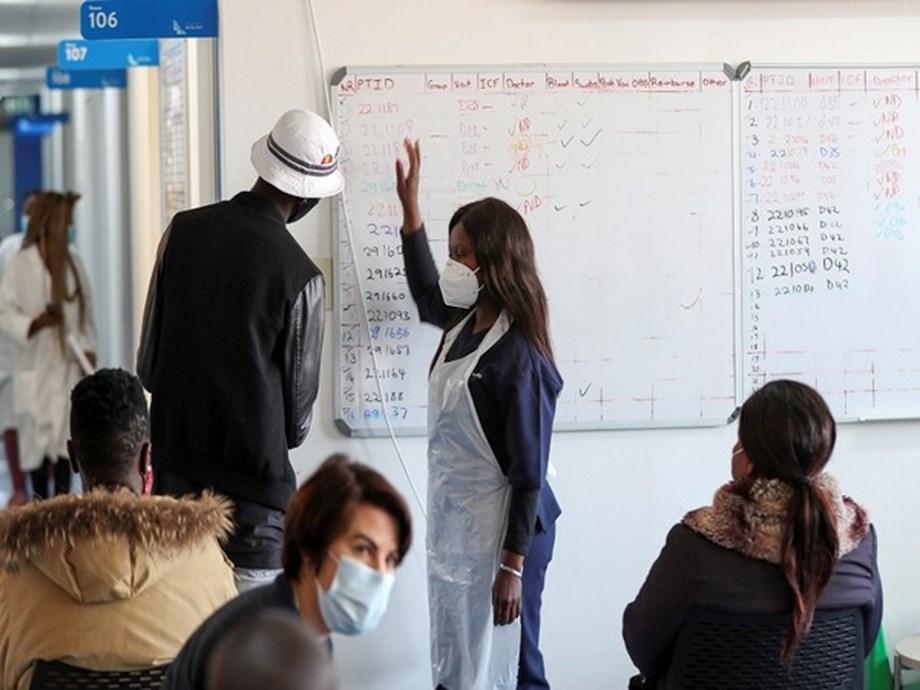 After facing racism and violence, African students in the EU have up to three months to win expensive university spots or risk deportation

Thousands of African students seek to continue studies in EU

EU nations allow non-Ukrainians stay for up to three months

NAIROBI – The clock is ticking and Toluwalase Kolapo-Bello knows it.

Over the past six weeks, the 21-year-old Nigerian medical student has fled Russian air strikes in Ukraine and faced extortion by taxi drivers and racism from train passengers in her harrowing escape to neighbouring Hungary.

Still reeling from her ordeal and dependent on handouts, she has just weeks to find a medical school where she can complete the last two years of her degree and fulfill her dream of becoming a pediatrician – or risk being deported.

“I was only given permission to stay in Hungary until June 3,” said Kolapo-Bello by WhatsApp from a charity-funded Airbnb rental flat in the Hungarian capital, Budapest.

“Going back to Nigeria is not an option. If I return, there is no place to complete my studies – the education system is not working in my country. I need help to find somewhere in Europe where I can finish med school.”

After suffering Russian bombardments and shocking racism where they were blocked from escaping via buses, trains and border crossings, African students are now being locked out of opportunities to resume their studies, charities say.

Largely forgotten among the 4.7 million refugees who have fled Ukraine, charities estimate up to 10,000 African students from countries like Nigeria, Tanzania, Ghana and Mali may still be in the European Union – desperate to finish their education.

While the EU allows Ukrainians to stay up to three years – with a flurry of universities offering scholarships – non-Ukrainians only have a maximum of three months to secure a university spot, along with the costly tuition fees.

Black activists, who have rallied across the world to support fleeing Africans, said the EU was discriminating against non-Ukrainians, which could put young people’s lives at risk if they were forced underground as irregular migrants.

“If these students are not afforded the same protections as Ukrainian students and given support to resume their studies, they may just end up undocumented,” said Karanja Gacuca, a member of #BlackForeignersInUkraine, who is based in Washington.

“This will make them even more vulnerable – and open to exploitation by human traffickers. We’ve already had cases of students who have been attacked by neo-Nazis, others have just gone missing.”

‘NOTHING BACK HOME’ IN NIGERIA

Ukraine has long been popular with foreign students looking for a cheaper alternative to studying in Western Europe, particularly for courses such as medicine and dentistry.

Government data shows more than 76,500 students from 155 nations were enrolled in Ukrainian universities in 2020.

Many African students are the first in their families to attend university, with high hopes of using their education to improve their communities.

“Many of these students come from poor families who have invested a lot to send them abroad to study … they can’t just go back home,” said Chibuzor Onwugbonu from Nigerians in Diaspora Organisation (NIDO), which is supporting students.

“They need to be given the chance to finish their degrees in European institutions and this should include support with their tuition fees and living expenses. If they aren’t, my fear is that people will go underground, making them more vulnerable.”

NIDO and other advocacy groups have already received reports of Africans being detained and threatened with deportation from Poland and Estonia, she added.

Nigeria’s Desmond Muokwudo, 30, had been studying in Ukraine’s eastern city of Dnipro for just three months before Russia invaded. He spent days travelling to Germany where he is permitted to stay until May 23.

Sheltering in a charity-funded flat with two other Nigerian students, Muokwudo is urgently applying to universities.

“I used to be a pipeline welder and saved all my earnings to study international relations in Ukraine,” said Muokwudo, by WhatsApp from Berlin, adding that he paid 3.8 million naira ($9,000) for his education costs.

“There is nothing back home for me now. The education system is zero there. All I want is the chance to go to school.”

Muokwudo and other Africans who fled Ukraine said higher education institutions back home were vastly under-funded and the quality was poor compared with other nations.

In Nigeria, for example, demand for university places exceeds capacity. Between 2010 and 2015, only one in four applicants to tertiary institutions gained admission, according to a report citing Nigeria’s National Bureau of Statistics.

To make matters worse, the country’s universities have been plagued with lengthy strikes by lecturers over pay and funding – with the latest strike beginning on Feb. 14 – which can delay students’ graduation by years.

Students who flew home to Nigeria and South Africa said some Ukrainian universities were offering online classes, but it was not feasible.

“It is impossible to study online as we have so many power cuts in Lagos and data is really expensive. I don’t even have a computer,” said medical student Aisha Ojikutu, 23, by WhatsApp from Nigeria’s commercial capital.

Fourth-year medical student Aisha Ojikutu, 23, who was evacuated back home to Nigeria after the war in Ukraine started, during happier times in Ukrainian city of Sumy where she was studying. Thomson Reuters Foundation/Photo Courtesy Aisha Ojikutu

“I chose to be evacuated back home to Nigeria, but I was in a very confused state and now I feel I made a big mistake,” said Ojikutu, who was studying in Ukraine’s northeastern city of Sumy.

Nigeria’s ministry of foreign affairs did not respond to requests for comment.

FROM STUDENTS TO REFUGEES

A survey of 180 students by the group Africans in Ukraine Education Fund (AIUEF) – which is raising money for students to continue their studies – found that about 70% wanted to transfer to another university.

But the EU’s policy of temporary protection only permits non-Ukrainians to stay from one week to three months, depending on the country. Foreign students are expected to return home unless it is unsafe for them to do so.

“Temporary protection … does not cover access to university, so it is up to each individual country to set the rules and conditions on that matter,” said an EU official who declined to be named as they were not authorised to speak to the media.

In the EU, tuition fees and living expenses cost on average $27,500 per year – up to five times more than in Ukraine, according to AIUEF.

“It seems eminently doable that those who have been students in Ukrainian institutions can receive offers to further their education in other countries,” Kimani told a U.N. briefing.

Some universities have set up scholarships for non-Ukrainians, but African students said demand for places was very high – and not all courses were transferable.

“I am applying wherever I can, but the fees are a problem,” said Kolapo-Bello. “I just hope I can find some place soon or all the years I spent studying to become a doctor will have been wasted.”