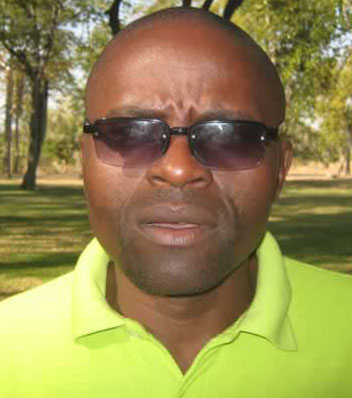 THE death of Fletcher Dulini Ncube has robbed the country, the MDC and Dulini Ncube’s family of a great man who contributed immensely to the liberation of Zimbabwe.
Some of us find it unfair and difficult to exonerate the ruthless Zanu PF regime from the death of Dulini Ncube whom they baselessly tortured and detained and left for dead in early 2000 for belonging to the MDC.
They arrested him on trumped up charges when they knew very well that the death of Cain Nkala was an inside job by the greedy vultures not ashamed of taking away innocent lives.
Some of us believe that the burial of Cain Nkala at the Heroes Acre and the failure to disclose the names of people who killed him shows that Zanu PF was solely responsible for the murder of the war veteran whom they decorated at the graveside.
Baba Fletcher Dulini Ncube belonged to a rare breed of nationalists who remained steadfast, focused and committed to the ideals of the liberation struggle.
I remember the day when Professor Welshman Ncube-led the MDC entourage to number 7 Oxford Road to see Cde Dulini the man who fought many battles alongside the late Dr Joshua Nkomo, detained and brutalised by both Ian Smith and Robert Mugabe.
Cde Dulini is one good Cde who dedicated his life to the liberation of our motherland from the jaws of the two like-minded individuals in Mugabe and Smith.
I am personally shocked by Mugabe’s silence at a time everyone sounds and looks concerned with the death of Cde Dulini – the liberator, father, adviser, mentor and leader.
Zanu PF’s foolish behaviour will obviously impact negatively on the country’s history and send a wrong message to the young generation.
They are not wise witches at all together with Morgan Tsvangirai and his MDC-T who are pretending to be busy yet chasing a wild goose in Masvingo where they bused people to celebrate 15 years of bad leadership.
They chose to celebrate in Masvingo without the people of Masvingo. I say so because their political structures in Masvingo were dismantled by Professor Welshman Ncube’s green machine and the new boys in town currently calling themselves Renewal Team.
A wise witch goes to the funeral of a person whom she or he killed and they concentrate more on the coffin and cry more than anyone else.Advertisement

The guys in the Renewal team have my respect because when it comes to social issues they bury the hatchet and do what is known of a normal human being as instructed by the holy book.
I remember meeting Promise Mkwananzi at the funeral of Ntabiso Ncube son to MDC President Professor Welshman Ncube with the likes of Advocate Eric Matinenga and others whom we thought were licking Tsvangirai to the heart.
Tsvangirai, these days, is moving from one funeral to the other like a dissident chaplain trying to embellish his tattered and feared image using dead people. I saw him gate crushing Thomas Deve’s funeral pretending to be “HOLY” and ‘BIG”, turning the sorrowful event into a campaign rally.
Robert Mugabe claims to be a Catholic and a guerrilla but is not found at a fellow guerrilla’s funeral; instead he chose to go on a crusade talking about the empty bowls from China not but telling us about the red card he was given by the Chinese; thanks to the Finance minister in the house of horror who spilled more of the rotten beans.
I know that Morgan Tsvangirai will again attempt to gate crush and hijack the Dulini funeral to gain political mileage but that won’t work. He may not come for fear of Loreta Nyathi who is reportedly in hot pursuit of him for maintenance arrears.
The MDC-T labelled Fletcher Dulini Ncube “a tribalist” because he managed to see the light earlier than Tendai Biti when he dumped the unmarketable Tsvangirai.
I am in this party because of Dulini, Gibson Sibanda, Professor Welshman Ncube, Moses Mzila Ndlovu, Jacob Moyo, Petros Mkwena, Edwin Mushoriwa, David Coltart, Ellen Shiriyedenga, Sibongile Mgijima and others.
Fletcher Dulini Ncube was the chairperson of the Council of elders and founding Treasurer General of the Movement for Democratic Change whose exceptional contribution to the growth of the party will never be forgotten.
The MDC will never be the same without Cde Dulini who suffered heavily at the hands of Robert Mugabe and was humiliated by Morgan Tsvangirai. We shall continue with the battle for the liberation of Zimbabwe and creation for a democratic Zimbabwe from where Cde Dulini left.
Dulini the nation builder, honest leader, father figure and committed cadre of the party is no more and will be sadly missed by everybody in the party.
May his dear soul rest in eternal peace.
Kurauone Chihwayi is MDC Secretary for International Relations. He writes in his personal capacity and can be reached at kchihwayi2000@yahoo.com