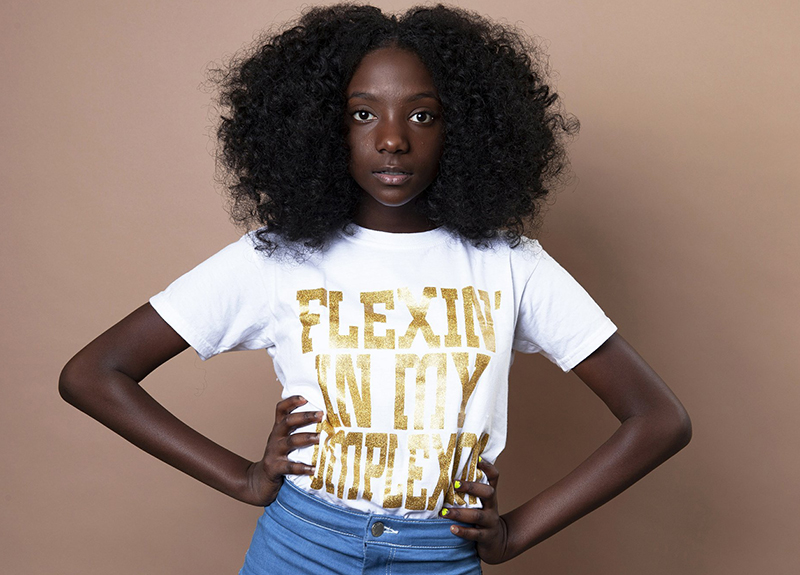 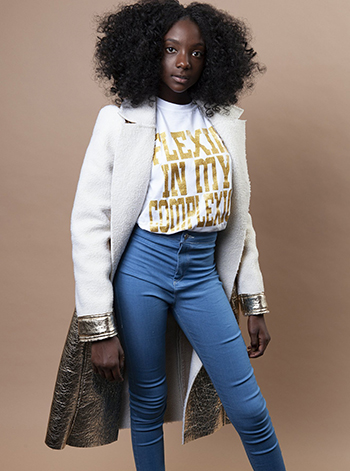 NEW YORK: Kheris Rogers was in the first grade in a predominantly white private school in Los Angeles when she felt the bite of racism among her peers — she was being bullied because of her dark skin.

She tearfully kept it to herself, eventually turning to her older sister, Taylor Pollard, and switching to a more diverse school, where colourism among fellow African-American students surprised and confused her.

With her young sister’s self-esteem bruised, Pollard inadvertently launched Kheris to social media fame in 2017 when she posted a photo of the girl on Twitter dressed up for a fashion show, using their love grandmother’s down-home words for a hashtag: “Flexininhercomplexion.”

Soon, Kheris had her own Twitter and Instagram accounts (@KherisPoppin) and was posting photo shoots of herself that she and Pollard created. Her own fashion line followed, with T-shirts sporting her tagline, ”Flexin’ in My Complexion ,” along with backpacks reading “The Miseducation of Melanin” and other apparel and accessories.

Lupita Nyong’o posted a photo of herself wearing a black version of the shirt with bright yellow letters in support of Kheris. Whoopi Goldberg sported one while attending the Rodarte show at New York Fashion Week in September. Alicia Keys lauded her black girl magic.

While the words of her tormenters no longer sting, they haven’t been forgotten. The behaviour wasn’t restricted to children, either.

“The kids would always call me names,” Kheris, now 12, told The Associated Press in a recent interview.

“They would always tease me for my dark-skin complexion. They used to call me dead roach and say I’ve been in the oven too long.

“When I really knew I was being bullied because of my colour was when my teacher handed me a black crayon instead of a brown crayon to draw our portraits for parent conferences.”

Pollard, who at 24 is now Kheris’ manager, suspected something was amiss and Kheris finally told her family.

“I had no friends. I was only invited to one of the birthday parties that they had. Everybody else was invited and I wasn’t,” Kheris recalled.

Now in middle school, things are more than just a little looking up.

Kheris was chosen as one of Teen Vogue’s “21 Under 21” inspiring girls and femmes of 2018 and attended the magazine’s teen summit. She was picked by LeBron James as one of 16 people to help mark his 16th shoe release with Nike, modelling in ads for the company. She’s been featured in a spread in Essence magazine and walked the runway of “America’s Next Top Model” after Tyra Banks learned of her plight.

She has shown her own line in Harlem during New York Fashion Week, and she hasn’t hit the eighth grade yet.

Julee Wilson, fashion and beauty director for Essence magazine, called support for Kheris “both an honour and responsibility.”

She added: “To stand in the face of society’s narrow beauty standards isn’t an easy task, and she’s doing it with an incredible amount of grace. We can’t wait to see how Kheris pushes the ‘Flexin’ in My Complexion movement forward in the future. There’s no doubt in our minds that she’ll continue to remind the world that Black is incredibly beautiful.”

“As a parent, of course, you know, it was heartbreaking, but it made us stronger,” she said of the rough years. “It pulled us together as a family because it’s something that we had to conquer together. Now she’s making a positive difference within her community, which I’m so proud of at such a young age.”

Kheris said she now considers her life a mission.

“Flexin’ in My Complexion isn’t just about me,” she said. “It’s about every brown, dark, freckled, fair-skinned person who wants to tell the world, ‘I am more than just the color of skin.’”

She hopes to spread her message across the world.

“I want to be a spokesperson for racism and colorism,” she said.

Kheris now has lots of friends as a seventh-grader and knows exactly how to handle bullies: “Back off because I’m flexin’ in my complexion and it doesn’t matter what you think about me. It matters what I think about myself.”