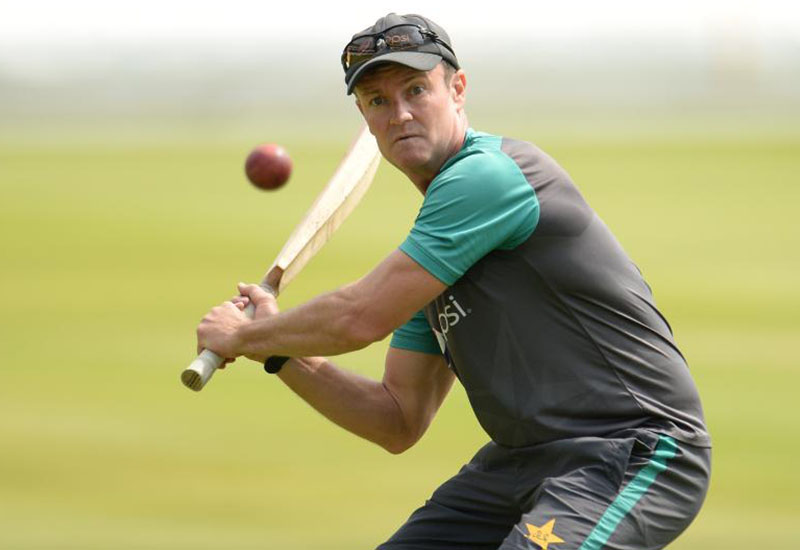 ZIMBABWE cricket legend Grant Flower has made a quick return to the international game following appointing as batting coach of the Sri Lanka national cricket team.

The 48-year-old former national team opening batsman signed a two year contract with Sri Lanka cricket on Friday in a move which reunites with South African Mickey Arthur, whom he worked with during his stint in Pakistan.

Arthur said: “It had been three very good years with Pakistan and I needed a little bit of time away. The Sri Lankan job became available and I started discussions.

“I looked at the talent that’s available and that’s the key motivating factor – to help these young players fulfil their potential.”

Arthur’s first assignment will see him return to Pakistan for a two-match Test series starting on Wednesday.

Sri Lanka are also expected to tour Zimbabwe next month in what will be their first Test series in over a year.

The Chevrons, who are the only Test playing nation that did not feature in the longer format of the game this year, will play two Tests against the Islanders, according to the International Cricket Council’s Future Tours Programme.

This will be Zimbabwe’s first major assignment following the recent lifting of a three-month ban by the ICC.

The series will be a home welcoming for Flower, who played 221 ODIs and 67 Tests for Zimbabwe during an international career that ran from 1992 to 2010 before serving as batting coach for the Chevrons for over three years from October, 2010.

Flower was recently appointed the head coach of the Rangpur Rangers in the 2019-20 edition of the Bangladesh Premier League but requested to step down after getting the offer from Sri Lanka Cricket.