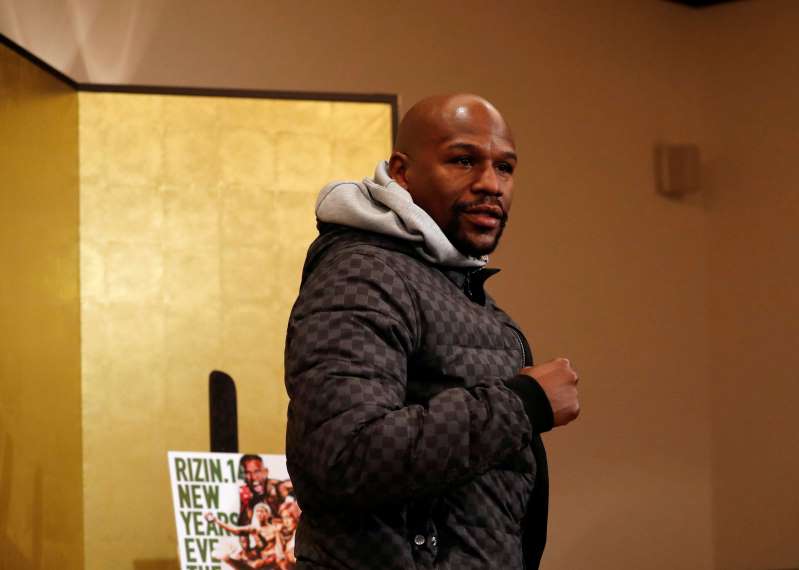 Floyd Mayweather admits his bizarre exhibition against Tenshin Nasukawa could end in disaster.

The boxing legend takes on the Japanese kickboxing star over three rounds under boxing rules in Tokyo on New Year’s Eve.

The result is irrelevant as the fight will not count towards either man’s record.

And Mayweather insists he is not worried about what might happen.

He said: “It’s just another day. Another day like I wake up, take a shower, put my clothes on.

“Just fighting is something I’ve done for over 30 years, so it’s just another day. I worry about entertaining and things, but once the bell rings, it’s always entertainment. So it is about having fun, going out there and doing my best.

“I mean, I’m sure he’s taking this fight extremely serious, he’s working out at this gym. (But) it’s just another day. I don’t have to work hard for three rounds. I can basically do three rounds in my sleep. So I don’t worry about that.”

Nasukawa is undefeated in his own field but will not be allowed to kick Mayweather.

He said: “All I have to do is to give 100 per cent. Since Mayweather is expected to dodge my offense, I really want to hit him.”

Mayweather has not fought for 16 months since he stopped Conor McGregor in the 10th round last year.

Nasukawa has won all 28 of his kickboxing bouts – 21 by knockout.