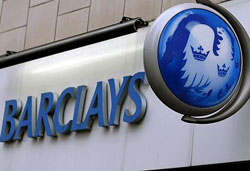 HARARE: Malawi’s First Merchant Bank ( FMB) intends to invest at least $15 million in Barclays Bank Zimbabwe, with $6 million of that earmarked to upgrade the bank’s information technology (IT) systems, chairman Hitesh Anadkat said on Wednesday.
FMB, last week completed the acquisition of a controlling 42,7 stake in the bank from Barclays Plc.
Briefing analysts on Wednesday, Anadkat said FMB would spend approximately $15 million on Barclays.
FMB chief executive, Dheeraj Dhikshit who spoke at the same briefing said FMB would invest an initial $6 million to bolster the bank’s IT infrastructure.
“The first thing we need to do is to restructure the IT systems because that’s critical for any banking business now. So that is going to be our first focus because right now they are supported by Barclays London.
“We have fairly sophisticated systems across the group and what we want to do is to bring those systems for Barclays Zimbabwe,” said Dhikshit.
According to the deal the bank will continue to operate under the Barclays brand with the FMB brand being introduced over a subsequent two year period
The rebranding will cost the group about half a million dollars, said Anadkat.Advertisement