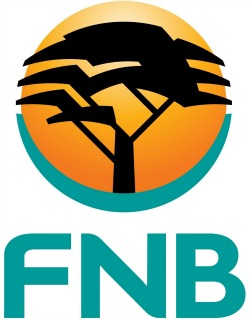 FIRST National Bank this week launched a cellphone-based instant money transfer service between South Africa and Zimbabwe in conjunction with the OK Zimbabwe supermarket group.
“We have done extensive research into the cross-border remittance market and devised a service that is readily accessible to the people who need it most,” said Yolande van Wyk, Head of Digital and Alternative Banking for FNB Africa, in a statement.
“People don’t always have the time to travel to the bank during working hours, and often need to send money home instantly and easily,” she said.
FNB said that according to the World Bank, 20 percent of money sent to Zimbabwe from South Africa was spent on the cost of getting it there.
The banking group also found that an estimated 1,9 million Zimbabweans living and working in South Africa send an average R6,7 billion a year to Zimbabwe.
According to a World Bank chart of remittance percentages, FNB, Nedbank and Standard Bank charged over 18 percent to send money to Zimbabwe, with Absa charging 15 percent, for online services.
Western Union charged 8,7 percent for cash to cash. Bank of Athens charged 39 percent and Bidvest 32 percent. The total average charge for the first quarter of 2013 was 17 percent.
With their new product, FNB said there were no currency conversion rates for the sender and zero transaction fees for the recipient.
Recipients do not have to be pre-registered, but must be residents of Zimbabwe and can collect their money at OK stores in Harare and Bulawayo.
FNB plans to roll out to other outlets in Zimbabwe.
Van Wyk said the sender from South Africa must be an FNB account holder who has complied with all the Financial Intelligence Centre Act (FICA) requirements, (which prevents money laundering), and must be a permanent resident of South Africa.
FNB has established a commercial agreement with OK to facilitate the transfers.
She said if a receiver had a problem, FNB did not have branches in Zimbabwe, so OK would escalate it to South Africa to be resolved.Advertisement