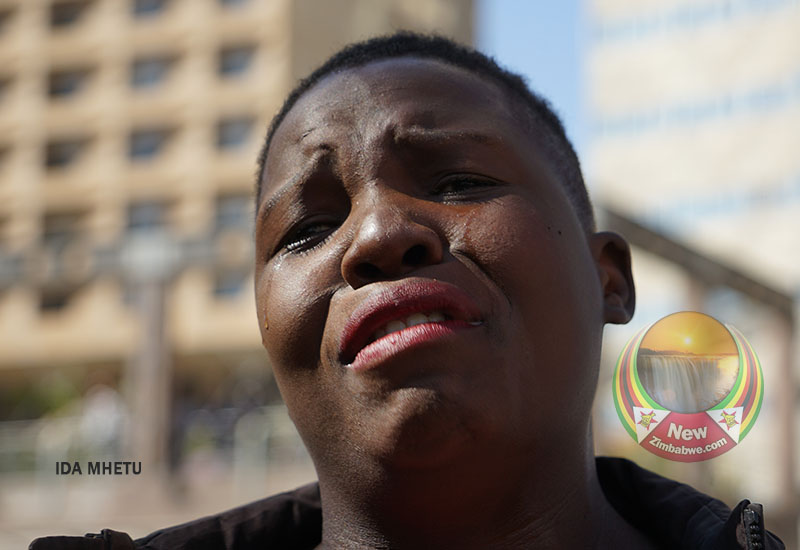 Even after a police ban on the MDC planned march Friday, some brave hordes of protestors managed to march from the iconic Africa Unity Square in central Harare, down Jason Moyo Avenue to Mbuya Nehanda before turning back onto Nelson Mandela, back to Africa Unity Square.

They also proceeded to the Simon Muzenda Street Bus Terminus and then headed to Mnangagwa’s offices.

The protestors, who were chanting anti-Mnangagwa and slogans in support of MDC leader Nelson Chamisa were intercepted by the Presidential Guard a couple of metres from where Mnangagwa’s presidential vehicle was parked.

The elite unit initially let them pass Simon Muzenda and Samora Machel Avenue before unleashing teargas on them.

“We are being peaceful, we have not vandalised anything, we are marching against ED (Mnangagwa) because he has failed us.

“The fact that he sends armed police officers to beat us up is a sign that he does not have an ear to listen to our pleas that something has to be done to end our suffering,” said Tinashe Chapanduka, a young man who was part of the crowd.

“Personally, I saw three people being beaten badly by the riot police, I do not know if they will survive.”

More were being wantonly beaten up as police officers chased them out of the CBD.

Further down at the corner of Sam Nujoma Street and Jason Moyo Avenue, a woman was left sprawling in the middle of the intersection after being heavily beaten up by baton wielding anti-riot police.

“I saw what happened to her, she was beaten up by police officers and fell. I actually jumped over her as I fled but they continued to beat her up anyway,” said Samantha Moyo.

She was picked up and handed over to members of the Red Cross for treatment before being whisked away for further treatment.

Moyo was left bruised while an elderly man also received treatment for wounds.

Another crippled elderly man who has no left foot was beaten and treated by the Red Cross at Africa Unity Square.

The ZRP mounted ‘Stop and Search’ roadblocks on some of the city’s major roads such as Showgrounds along the Bulawayo Highway.