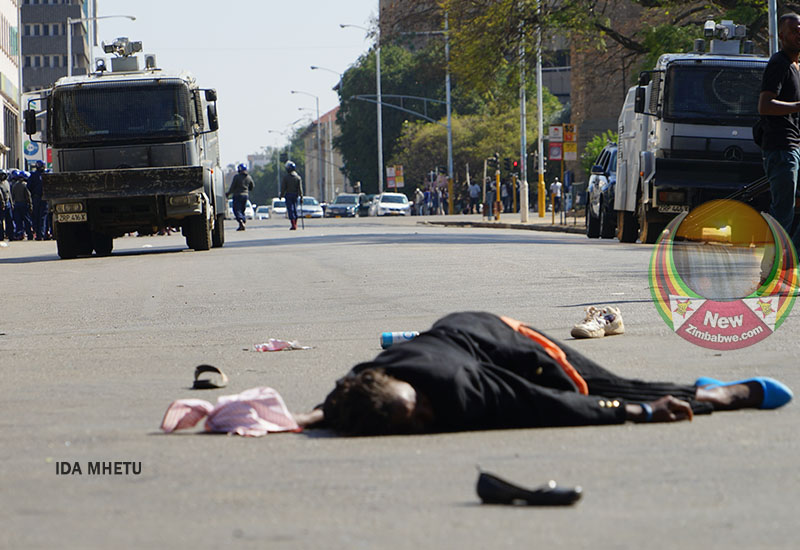 THE Law Society of Zimbabwe (LSZ) has added its voice to growing criticism against police brutality in the wake of a foiled MDC demonstration against massive poverty under the Zanu PF led administration.

The banned demonstration which the main opposition also tried to take to other major centres of the country albeit with no success saw fierce clashes between police and MDC activists who tried to defy the unpopular order.

Dozens were arrested while many were also taken for treatment after being savaged by police.

“The resultant bloody and violent clash between the police and the citizens is unfortunate as the events of August 16 reportedly resulted in brutal assault of the protesters and some suffered serious injuries as shown on social media which was awash with videos of police brutality during the demonstration,” said LSZ in a statement.

The lawyers group called for an urgent investigation into the matter.

“Police action must be just enough to neutralise the danger or harm likely to be caused by the demonstrators. Where the demonstrators are subdued, there is no legal justification for unrelenting and unmitigated assaults to be perpetrated on unarmed citizens,” LSZ said.

The lawyers said in exercising their constitutional role of maintaining peace, law and order, the police must not exceed the minimum force required to subdue the demonstrators.

They also expressed dismay over reports of abductions and torture on political as well as human rights activists.

The lawyers’ group singled out the abduction and torture of popular comedian, Gonyeti whose attack they said was affront to the freedom of artistic expression enshrined in the constitution.

“The Law Society believes that all citizens should be protected by the law and that the rule of law be upheld for the good of the nation and the State should be seen to uphold the rule of law, as the State has a constitutional obligation to effectively deal with any human rights violations,” they said.

The lawyers’ concerns follow similar protests they have directed at the country’s rulers and courts following the ill-fated January protests in which over a thousand were arrested for alleged public violence during the angry skirmishes.

Lawyers accused Zimbabwean courts of taking a deliberate stance to deny the protesters bail even in apparent cases where freedoms were warranted.