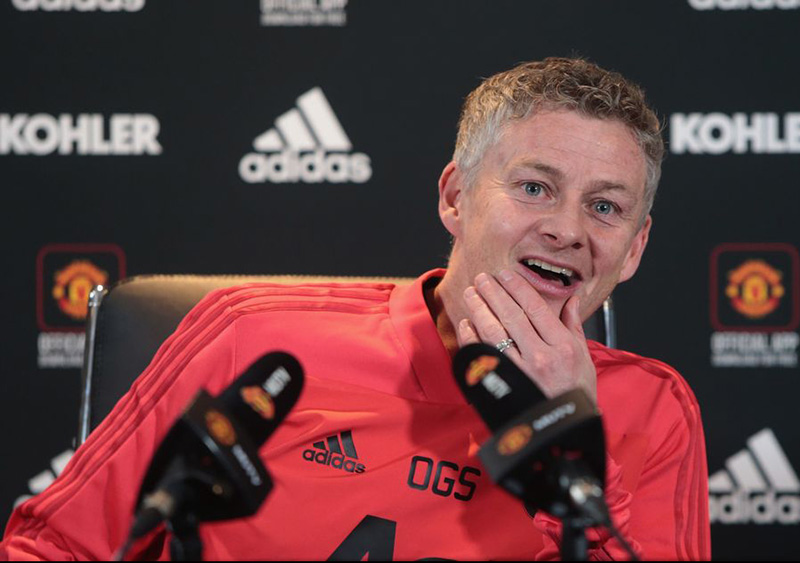 Ole Gunnar Solskjaer has warned Manchester United stars Romelu Lukaku, Anthony Martial and Alexis Sanchez they should follow Paul Pogba’s example if they are to revive their careers at the club.

Lukaku and Sanchez suffered a dramatic loss of form in the last months of Jose Mourinho’s tempestuous spell in charge at Old Trafford, while Martial was criticised by the Portuguese coach before finding his scoring boots.

World Cup winner Pogba was another key player who became a symbol of the club’s decline in the final weeks before Mourinho’s two-and-a-half year tenure came to an end before Christmas.

But the 25-year-old Frenchman has responded superbly to Solskjaer’s first week in charge and made big contributions to a 5-1 win at Cardiff and 3-1 home victory against Huddersfield.

Lukaku missed those games, having been given ‘compassionate leave’ by the cub, as did Sanchez who has been sidelined since late November with a hamstring injury.

Solskjaer says Pogba deserves all the credit for his return to form.

“I cannot do anything for their performances on the pitch,” said Solskjaer.

“Paul has done it himself. It’s up to them when they get a chance. That’s the name of the game as a footballer, you’ve got to do it yourself.”

Solskjaer, whose side play out-of-form Bournemouth on Sunday, said he can advise the players but ultimately it is down to them to change their attitude.

“I gave some guidelines of course, on expression, freedom of expression, but that’s how I’ve always been as a manager. You can’t tell the players what to do in this position,” said the 45-year-old Norwegian.

“Just enjoy playing for this club, that’s the best time of your life.”

Pogba’s rejuvenated form has certainly been one of the key factors in Solskjaer’s first games in charge, after the midfielder’s much-publicised difficulties with Mourinho.

Solskjaer reiterated that Pogba is the sort of player United should build a team around.

“He’s one of the top, top players in the world,” said Solskjaer.

“The attitude has been perfect and that’s key, you should be tired towards the end of every single game.

“He’s been top class and we’re looking to build a team around him, of course.”

Solskjaer also gave 18-year-old forward Angel Gomes an outing as a late substitute against Huddersfield and has repeated his vow to use youngsters in his spell in charge at Old Trafford.

Midfielder Jimmy Garner, who travelled to Cardiff last week, and forward Mason Greenwood — both 17 — are also prominent in the manager’s thoughts.

“We’re built on that tradition, we need young players coming through, it’s important in the academy.

“I am looking to bring players through, we have top talents in the under-18s knocking on the door now.

“We’ve had a couple of injuries and fatigue has been involved and they’re ready to step up.”