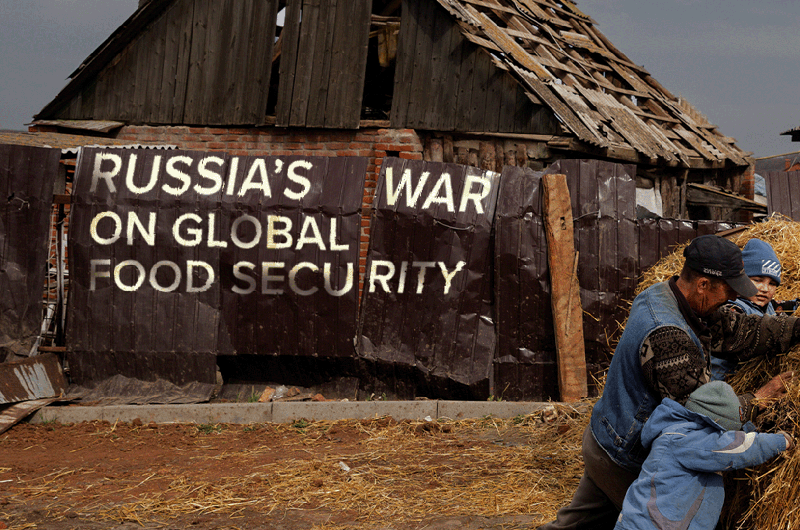 Titled ‘Impact of the Ukraine crisis in Zimbabwe’, the report was compiled by World Food Programme (WFP), International Organization for Migration (IOM) and Food and Agriculture Organisation (FAO).

The three United Nations Organisations said the on-going Ukraine crisis started at a time Zimbabwe was struggling to recover from the cumulative effects of the COVID-19 pandemic and against the backdrop of a reduced maize harvest from the 2021/22 season.

Despite the cost of fuel and agricultural inputs, in particular fertiliser, being on the rise before February 2022, the Ukraine crisis further drove prices up, making it difficult for households to access farming inputs ahead of the 2022/23 main cropping season.

According to the report, the war has also disrupted supply chains and trade, leading to fiscal tightening and a widening of inequalities and governance issues.

48 percent of households surveyed report are facing challenges in accessing agricultural inputs, with the highest prevalence reported in Manicaland and Masvingo provinces.

“Among those facing access challenges, high cost was reported as the main barrier, particularly by households in Mashonaland East (89%) and Mashonaland Central (86%).

“This poses a risk to rural households that rely on agriculture as their main livelihood activity,” read the report.

Globally, the conflict has had a significant impact on the supply of fertilizer raw materials, creating a shortage and leading to all-time high prices increases of over 100 percent.

Zimbabwe imports 70 percent of the three fertiliser types that are used for farming. According to the report, shortages caused by disrupted supply chains exposed the national market to price volatility.

“The rise in logistical costs by over 100 percent due to increased demand and a shortage of shipping vessels and fuel has increased the landed fertiliser prices in Zimbabwe and other import dependent countries.

“The resultant effect is price increases for widely used fertiliser types such as AN and Compound D, rising by an average of 18 percent from an estimated US$55 and USD$38 in 2021 to US$65 and US$45 respectively in 2022,” read the report.

In total, annually Zimbabwe has a demand of around 800,000 tonnes of fertiliser and over half of this is imported as nitrate-based products.

“These higher prices are making fertilisers unaffordable and out of reach to communal farmers and will have a negative effect on productivity of maize, soya-beans and other crops in the main 2022/23 cropping season.” the report added.

Challenges posed by the Ukraine crisis, according to the report, also spiralled down to the availability of food commodities, which resulted in a seven percent upward increment in the cost of the basic food basket.

“The price of maize meal increased by an average of 14 percent, while the cost of vegetable oil fluctuated the most, initially rising from US$2.07/L in January to US$2.28 in April, and then spiking to US$3.23 by July – a 56 percent increase compared to pre-Ukraine crisis prices in January,” added the report.

Despite the country lifting import duties on cooking oil and other basic goods in May 2022 as part of efforts to curb locally soaring costs, price fluctuations for vegetable oil mirrored the trend observed on the global market, which showed a sharp increase between March and July, and have rebounded towards pre-conflict levels in the past few months.