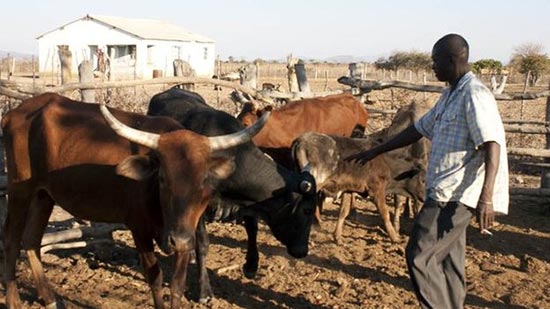 THE government says it has managed to contain both foot and mouth and anthrax diseases in Masvingo province and has since lifted the ban on cattle sales, slaughter and movement bringing relief to cattle producers.
Over half a million cattle in the affected areas were vaccinated since October last year and the department of veterinary services has since given a green light to cattle producers to start slaughtering their animals.
The suspension of public cattle auction sales and cattle movement has also been lifted.
Nearly all private abattoirs in Masvingo which had been closed since October last year following the ban are now operational.
The ban on cattle sales, movement and slaughter had ignited an outcry from cattle producers who felt that they had been pushed out of business by the measure.
Masvingo provincial veterinary officer Enerst Dzimwasha confirmed the lifting of the ban.
“We have lifted the ban after being satisfied that the diseases has been eradicated in all affected areas,” said Dzimwasha.
‘We are urging farmers to report any suspected cases of the two diseases,” said Dzimwasha. “We have done our best to make sure that the affected areas are now safe from the diseases hence our decision to lift the ban,” he added.
The government in October last year declared the anthrax and foot and mouth cattle diseases outbreak in the southern parts of the country a national disaster prompting the department of veterinary services to ban the sale, movement and slaughter of cattle in all the seven districts of Masvingo province in an effort to contain the diseases.
The chairman of the Masvingo Beef Producers Association Robert Makado welcomed the lifting of the ban.
He said that ban on cattle sales, movement and slaughter had negatively affected the beef industry as cattle producers had nowhere to sell their cattle to get income.
Following the ban all public cattle auction sales had been banned while the movement of cattle had also been suspended as the department of veteran services imposes measures to minimize the spread of the disease.
The slaughter of cattle even for ceremonies such as weddings and funerals had also been suspended amid concerns from villagers.
Only selected very few companies under heavy supervision of the department of veterinary services had been allowed to slaughter cattle to ensure that the whole southern part of the country had beef products.Advertisement

The government freeze on the recruitment of new staff into the civil service had negatively affected the department of veterinary services due to shortage of manpower.
The shortage of vaccines had also hampered efforts to contain the disease believed to have killed nearly 2000 livestock in Masvingo province alone since October last year.