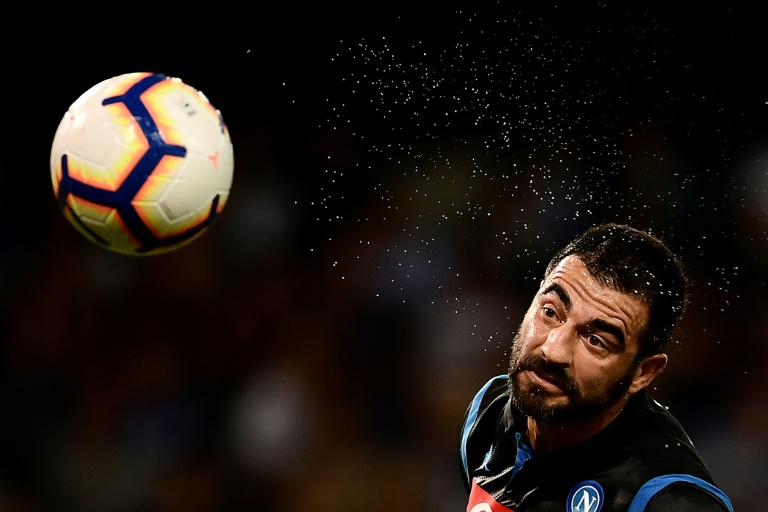 Does heading a football give you dementia?

That’s the question neuropathologist Willie Stewart is attempting to answer by comparing the health of thousands of former footballers with non-players.

Football authorities have been accused of dragging their feet on the matter since former England player Jeff Astle died in 2002, with the coroner citing industrial disease as the cause of death.

Ex-England and Newcastle captain Alan Shearer, famed for his prowess in the air, has helped raise the profile of the issue by speaking of his dementia fears after years of heading balls.

The man tasked with investigating whether there is a direct link is Stewart, whose research team is comparing the medical histories of 10,000 former professional footballers with 30,000 members of the general population.

The study, “Football’s Influence on Lifelong Health and Dementia Risk”, is funded by the Football Association and the Professional Footballers’ Association, with the aim of gathering hard evidence on an emotive subject.

It was Stewart who in 2014 said that Astle had died aged 59 from chronic traumatic encephalopathy (CTE) stemming from head injuries after examining the former player’s brain. The condition is normally associated with boxers.

But he is cautious in his approach and said delving into big data is crucial because the issue is currently clouded by anecdote and speculation.

He cites the example of three members of England’s 1966 World Cup-winning team who developed Alzheimer’s disease — Martin Peters, 74, and Ray Wilson and Nobby Stiles, both deceased.

“The problem is that bad science comes from anecdotes and they are all we have got,” he told AFP at Queen Elizabeth University Hospital in Glasgow.

“Anecdotes are quite persuasive as quite a lot of the 1966 winning team have dementia and other football teams have been brought forward with high rates of dementia but we don’t fully understand.”

Stewart says it is not a simple matter of cause and effect.

“One has to know whether for instance the other teams in the 1966 World Cup, do they have similar levels of dementia?” he said.

“Or is it just a quirk of statistics that it has fallen on the England team?”

He says not even Astle’s CTE is necessarily down to heading the ball as is widely assumed.

“I can see why people say that because it is a visual kind of thing to hang on, for people to explain he headed it, that is why his brain was injured,” said Stewart. “It may well be, but there is no direct link.”

Stewart suggests Astle’s brain injury could have been caused by a clash of heads or being kicked in the head during a rough and tumble playing career.

An apparently higher rate of dementia among ex-footballers could even be down to other factors.

“What we might find is, yes, on the surface it appears the dementia rate is higher than you expect but that is because we know them as they are high-profile and it is an age-related disease and playing football has given them a healthier life.

“It has seen them live to 70, 80 whereas other guys in the same community are dying in their 60s and not getting to the age where one typically risks getting dementia.”

Stewart says a study involving students from Stirling University in Scotland shows there is an effect on the brain from heading footballs.

“We took them into a laboratory environment and used a machine like they do in tennis which fires balls at you,” he said.

Stewart drily observed as a result of that study that he would not advise students who were taking exams to go out and head the ball the evening before but he points out it is difficult to extrapolate the longer-term effects.

European governing body UEFA earlier this year commissioned two separate studies to look at heading in youth football, showing the issue is on the agenda.

And Stewart believes that football authorities would not shirk from taking tough decisions if heading were proved to be linked to dementia.

“A few years down the line FIFA or UEFA, if it came to it that heading was high-risk, they would accept it and say OK, got to change so these guys and women live long and happy lives afterwards,” he said.