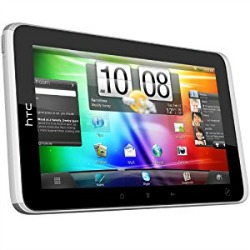 A DESPERATE soccer player with Zifa Southern Region Division One league side, Technosphere Football Club, has been sentenced for stealing a cellphone handset in a bar.
Admire Mudziwepasi, 30, who plays as a defender and resides at Number 1 Government Hill in Hwange, told the magistrate that he was desperately in need of money to take his wife to hospital.
“I took the phone because I needed money to take my wife who is sick to hospital. She works at Hwange Colliery Company where she hasn’t been paid for a long time while I am also not getting a salary since we are off season,” said Mudziwepasi in mitigation.
He pleaded guilty to theft when he appeared before Hwange magistrate Rose Dube who slapped him with 10 months in jail.
Mudziwepasi was, however, lucky to escape the agony of jail life after the magistrate suspended four months for three years with conditions while the remaining six months were suspended on condition he completes 210 hours of community service at Hwange Government Secondary School.
The owner of the phone, an HTC tablet, John Pfacha resides at Ingagula in the coal mining town.
Prosecutors said the two were drinking beer together with other patrons at Jabulani Beer Hall on November 29.
“The complainant plugged his handset for recharging in the beer hall and asked a fellow patron, Max Moses Phiri, to monitor it.
After about an hour, Phiri and his friends left the beer hall leaving the phone on the charger,” said prosecutor Onias Nyathi.
The court heard that Pfacha looked for his handset but couldn’t find it.
“He looked for Phiri and found him outside whereupon he asked about his phone but Phiri and his friends professed ignorance,” the court was told.
Pfacha was tipped by some people a few days later that the phone was with Mudziwepasi who was looking for a buyer for it.
A report was made to the police who recovered the handset from Mudziwepasi.
An Econet sim card and a powertel sim card together with a memory card were not recovered.Advertisement