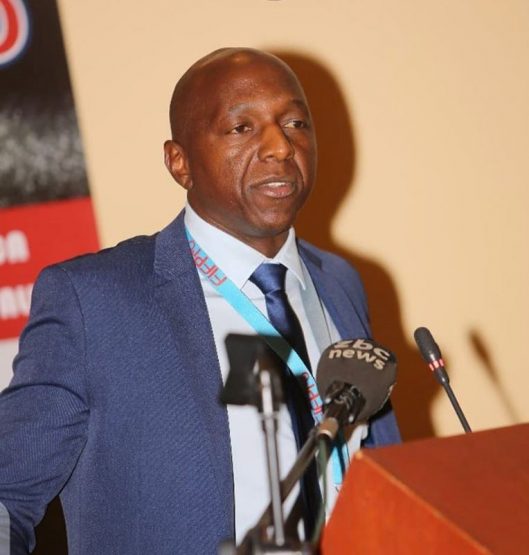 THE Footballers Union of Zimbabwe (FUZ) has expressed concern over the impact of the coronavirus pandemic on the players’ welfare amid reports that local players have been hit hard financially due to the delay to the start of the season.

Recently, the PSL was forced to suspend the 2020 season’s kickoff indefinitely following President Emmerson Mnangagwa’s pronouncement declaring a state of disaster, with the instruction prohibiting gatherings of over 50 people.

The country is also set to undergo a 21-day total lockdown in a bid to stop the spread of the novel virus.

This has brought about financial implications on player’s; salaries, appearance fees and other perks like win or draw bonuses, as that is an added incentive on players’ pay.

In an interview with NewZimbabwe.com FUZ president Desmond Maringwa said the players’ representative body was worried by the pandemic’s effect on the players’ earnings.

“It’s really a cause for concern for everyone and footballers are not being spared, everyone is being affected…. It’s a challenge and a very sad scenario for the players because normally in Zimbabwe players get a cushion from winning and draw bonuses, travelling and camping allowances and now it becomes a difficulty situation,” Maringwa said.

“That’s why we always encourage our players to have contracts and be able to negotiate good packages with their clubs in terms of their monthly remuneration packages so that in case of a crisis like what has happened now they can be covered,” he said.

Zimbabwean football clubs mainly rely on gate takings for survival and the delay to the start of the season has severely affected their finances.

Most local clubs have adopted a remuneration model which rewards the players more in winning bonuses in a bid to motivate the players.

Maringwa said FUZ was aware that the coronavirus pandemic has not only affected football but all aspects of life but was hopeful that the players’ welfare would also be taken care of during the crisis.

The former Dynamos midfielder also called for all local clubs to put the players’ safety first by stopping training.

“The other thing is its hit not only the football industry but all aspects of life and everyone is being affected. Unfortunately there is nothing we can do at the moment but at least if they negotiated well for their salaries they’ll be some sought of a cover or a relief for the players.

Maringwa added: “Basically it’s a challenging situation for the players and everyone involved in football my message to the clubs is to stop training forthwith so that we don’t expose the players to unnecessary risk. They need to take precautionary measures until its safe so that we save life.”

The coronavirus has not only had an impact on local players but globally.

Even the biggest clubs in the world have begun to enforce wage cuts, however, with Barcelona doing so last week before La Liga rivals Atletico Madrid followed on Friday.