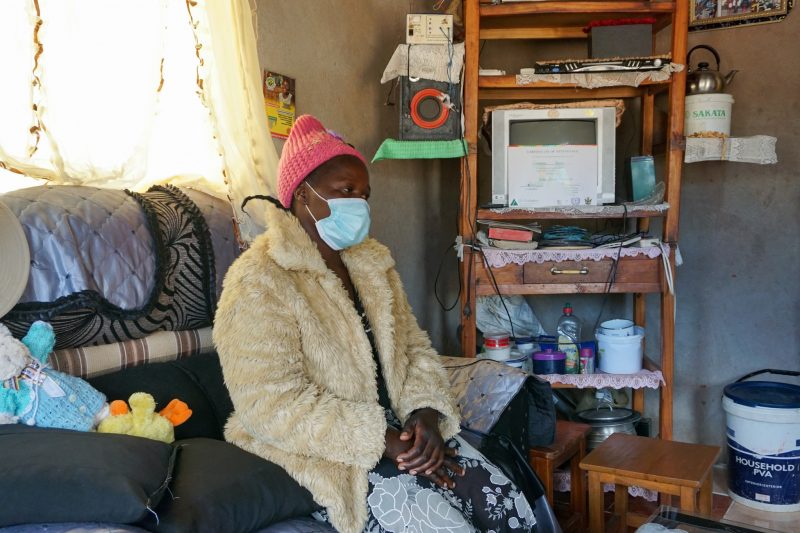 Tendai Chimana healed from obstetric fistula after surgery made possible through a government programme.
Spread This News

Chimana married and became pregnant with her first child when she was 15. She lost the child three months after birth.

When she started experiencing contractions, she was rushed to the closest clinic from her home at the time in Bocha, a rural area in Manicaland province, nearly 300 kilometers (about 180 miles) southeast of Harare, Zimbabwe’s capital.

She writhed in pain for a day and night, only to be referred to a hospital 108 kilometers (67 miles) away. With no ambulance available, her family hired a car to take her.

Once there, Chimana underwent a cesarean section delivery — but her baby was already dead.

“When I woke up from the operation, I discovered I was leaking urine uncontrollably,” says Chimana, now 32. From there, her nightmare battle with obstetric fistula began.

Obstetric fistula is a maternal morbidity that occurs during childbirth when a hole develops in the birth canal due to obstructed labor.

The hole can be between the vagina and the rectum or bladder, leaving women to suffer from uncontrollable urinary or fecal incontinence.

In Zimbabwe, which has one of the world’s highest rates of maternal mortality, Chimana’s story is not unique.

A lack of access to prenatal health care, the continued practice of child marriage in rural areas, and an absence of public awareness increase the risk for Zimbabwean girls and women.

An estimated 2 million women worldwide live with undetected or untreated obstetric fistula, according to the World Health Organization, many of them in Africa and Asia, where maternal mortality is high.

According to a 2021 report from Amnesty International, a non-governmental human rights organisation based in the United Kingdom, obstetric fistula often affects the most marginalised members of Zimbabwean society, which include “poor, young and often illiterate girls and women in remote regions of the country.”

No government statistics exist on the number of Zimbabwean women experiencing obstetric fistula, although Amnesty International researchers are gathering data.

Treatment and cures for the condition are often costly and impractical, as Zimbabwe continues to suffer from a crumbling health care system, which the pandemic has only made worse.

After diagnosing her illness, doctors gave Chimana a catheter to manage her urine leak, but it was painful and required travel to the hospital every three months for changing.

After a year, Chimana asked for it to be removed. Doctors told her she would need a $2,500 surgery for a permanent cure.

Her uncle, who had been paying for her care, had nearly exhausted his savings, and Chimana’s husband had since abandoned her. She had run out of options.

“I accepted my fate that I would be like this for life,” says Chimana, who moved back to her parents’ homestead, in Ngaone village in Manicaland. Once there, she found ways to manage her condition, using towels to stem urine leaks and bathing up to six times a day.

“Fistula is preventable by simple things such as ending … early marriages and ensuring timely access to obstetric care,” she says.

A 2018 report from the International Center for Research on Women notes that 86% of obstetric fistulas occur in girls under 18.

The legal age for marriage in Zimbabwe is 18. But in rural areas, it’s not unusual for girls as young as 12 to be married due to religious reasons or poverty.

If the parents agree to the marriage, and no one reports it to the police, there are no repercussions, says human rights lawyer Passmore Nyakureba.

The effects of obstetric fistula extend far beyond the physical. “The quality of life of these women is characterised by discrimination, abuse, exclusion and shame,” Chimana says.

But for her, a cure came through a programme the Ministry of Health and Child Care launched in 2015.

The government’s fistula program provides free repair surgery to women at Mashoko Hospital, in Masvingo province, and Chinhoyi Provincial Hospital, in Mashonaland West province, with support from the United Nations Population Fund, the U.N.’s sexual and reproductive health agency, and Women and Health Alliance International, a nongovernmental medical organization based in France.

Women can call a toll-free phone number to register. After a medical consultation, they are put on a waitlist for surgery.

Dr. Edwin Mupeta, the fund’s programmes specialist for reproductive health, says from 2015 through 2020, about 700 women underwent the operation.

But one program isn’t enough, Mupeta says, given the rate at which the condition is affecting women countrywide. Zimbabwean health officials report that 50 women and girls are diagnosed with obstetric fistula and other maternal morbidities every day.

The Ministry of Health and Child Care didn’t respond to requests for comment.

When Chimana underwent surgery in 2019, she was shocked to see many women in her condition.

“All along I thought I was the only one,” she says.

Chimana now goes to gatherings with confidence. She remarried in 2010 and hopes to get pregnant again.