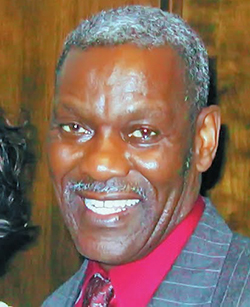 Introduction: Zimbabweans are notorious for worshipping false gods. But false religion has its limits. No amount of machinations can cover up the rapidly collapsing economy. Masimba kuna Amai (power to Amai Grace) or any other chant will not employ a single youth; nor will the use of force keep the regime afloat. I think the limits of voodoo economics and the use of force have reached their limits. The missing link and the little life that remains are due to their failure to grasp economic reality. But economic reality is no respecter of persons; it is beginning to find its way into their thick skulls.
IT WAS said of Ghana’s Dr. Kwame Nkrumah that whatever he laid his eyes on; he felt an urgent need to master it. The end started rather unceremoniously, when he ordered that all civil servants, paid through the government Post Office and Savings Bank, make a compulsory five percent savings per pay period. We know of course who wanted to use this money, and who thought that the workers should sacrifice their savings for patriotic reasons.
In the meantime, Dr. Nkrumah, believing that he was somebody in the universe, took a trip to Vietnam, in order to assess the US-Vietnam conflict, so he could mediate between the two countries. The US, behind his back, paid Colonel Afrifa a sum of $100,000 to execute an overthrow. It has been my special interest to study the signs of the end of African regimes, which always start with bombast, pretense to be “somebody in the universe” when their home base is sinking in economic morass.
So it was the case with our own Supreme Leader, Commander of all the Defense Forces of Zimbabwe, Chancellor of ten state universities and Patron in Chief of Zimbabwe’s War Veterans. Oh, I had forgotten to mention his new title, Supreme Orator. Between January and September, he has hardly been home for more than two weeks at any one time, making himself to be somebody who can solve problems in Addis Ababa and in New York. When he returned from New York, after delivering a “superb speech” he was hailed by thousands of youths at Harare airport, who conferred on him this latest title, Supreme Orator.
In a country with a budget of $2.2 billion, $200 million goes to serve the President’s Office. Lest our readers forget the superb developmental work carried out by the President’s Office, it keeps employed such officers as wear dark glasses, who forced activist Itai Dzamara into a pick-up, never to be traced. But that is not the first time this has happened. The story of Jestina Mukoko can be found in court records. Force has its limitations and that limit, I believe, has been reached.Advertisement