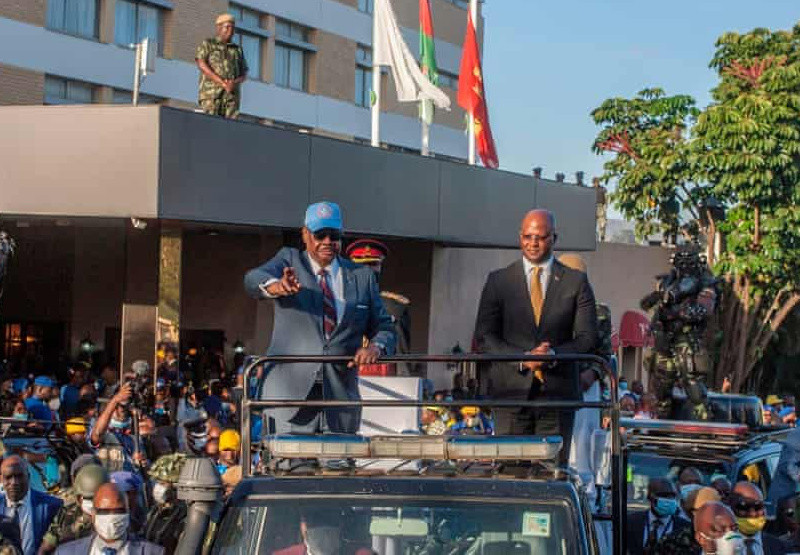 Last year’s elections, in which Peter Mutharika saw a narrow win, have been annulled.
Spread This News

ATTEMPTS by the Malawi government to remove the country’s chief justice days before presidential elections have been blocked following protests from law and civil society groups.

On Friday, the government announced that Chief Justice Andrew Nyirenda had been placed on leave pending retirement with immediate effect. The notice read that Nyirenda had accumulated more leave days than the remainder of his working days until his retirement, due in December 2021.

However, high court judges granted injunctions preventing the move after the Malawi Human Rights Defenders Coalition (HRDC), the Association of Magistrates, and the Malawi Law Society lodged appeals against it.

Nyirenda was among the judges who in February annulled last year’s elections, which saw a narrow win for incumbent president Peter Mutharika. The ruling was upheld by the appeal court last month. Fresh elections are expected to take place on 23 June.

The second most senior justice in the country, Edward Twea, was also given notice to leave his post ahead of his retirement next year.

In response, a statement signed by 60 law professors and academics from around the world said: “[The] actions constitute an unprecedented assault on judicial independence in Malawi. We hereby condemn them in the strongest terms.”

The statement added that no judge can be forced to take leave and they are guaranteed tenure until they turn 65. “We call upon the government of Malawi to uphold the rule of law and constitutionalism and to respect all court judgments. The government must refrain from attacking individual judges and from undermining the judiciary.”

Gift Trapence, the chairperson of the HRDC, said the government’s bid to remove chief justice Nyirenda was an attempt “to frustrate the elections by attacking the judiciary”.

Agnes Patemba, registrar of the supreme and high courts in Malawi, said in a statement that although a chief justice is appointed by the president and confirmed by the national assembly, all matters related to discipline and welfare fell within the “exclusive province” of the judiciary.

“The judiciary asserts that the chief justice and justices of appeal shall continue to discharge their functions as per their constitution mandate,” Patemba said.