FOREIGN Airlines have met President Emmerson Mnangagwa and Finance Minister over continued failed attempts to repatriate to their countries, over US$100 million paid by locals towards airfares.

International Air Transport Association (IATA) Director General Alexandre de Juniac (pictured below) on Monday told the media they had to call for the crisis meeting with Zimbabwean authorities following members’ frustrations in moving funds to their respective homes.

“We are representing the community of the airlines especially those serving Zimbabwe…” he said. 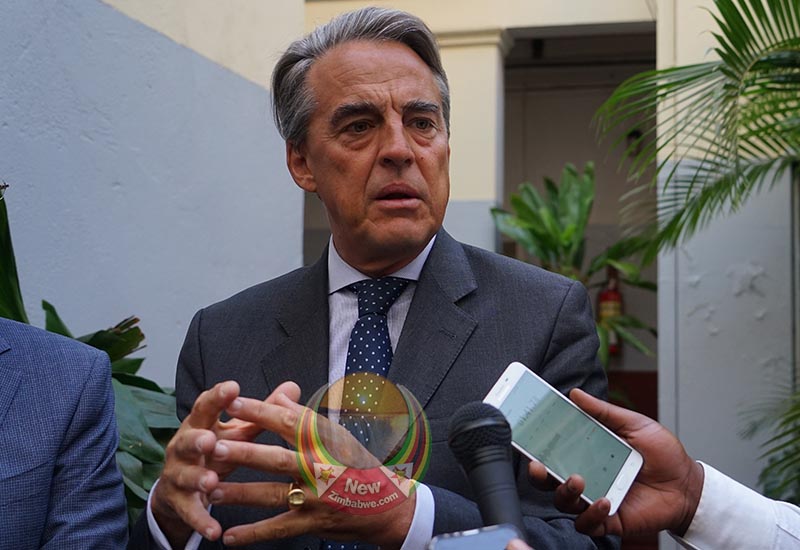 Zimbabwe is experiencing serious foreign currency shortages that have seen firms scale down on production for failure to import the much-needed raw material to produce.

To remedy the crisis, government has responded with a raft of policy measures that have however not helped the situation.

Foreign firms operating in the country have also been caught up in the crisis, with airline operators forced to approach Mnangagwa for a lasting solution.

The AITA boss said it will be counter-productive if affected airlines were to reduce frequency of flights into Zimbabwe due to the issue.

“It is a big concern and we asked for a meeting with key officials and the president of Zimbabwe who has accepted to receive us and establish a framework under which we will be able to find an agreement to solve the issue,” said Juniac.

“It will be very negative or counter-productive if the airlines are forced to reduce their frequency or reduce their service. So we will find appropriate solution to prevent this event from happening.”

Because of the forex crisis, airlines such as Kenyan Airways, Ethiopian Airways and Fly Emirates have in the recent past suspended all their ticketing systems in the country as their funds continued to build up.

As of March this year, Ethiopian Airlines was owed about US$18 million while South African Airlines (SAA) was owed US$10 million.

The Reserve Bank of Zimbabwe (RBZ) failed to honour its promise of paying US$4 million monthly to IATA last year resulting in the debt ballooning to US$150 million.

IATA Regional Vice President for Africa and the Middle East, Muhammad Ali Albakri called for a quick resolution to the crisis as the debt keeps ballooning.

“End of May 2019, up to US$119 million of historic amount that has not been able to be repatriated.

“However, this amount will continue to grow if we do not allow the proper mechanism to stop the build-up of the amounts but also to take care of this historic amounts,” said Albakri.

The current failure by foreign airlines to move their funds to their countries is a big dent to President Mnangagwa’s bid to woo foreign investors into his country under his ‘Zimbabwe is open for business mantra’.